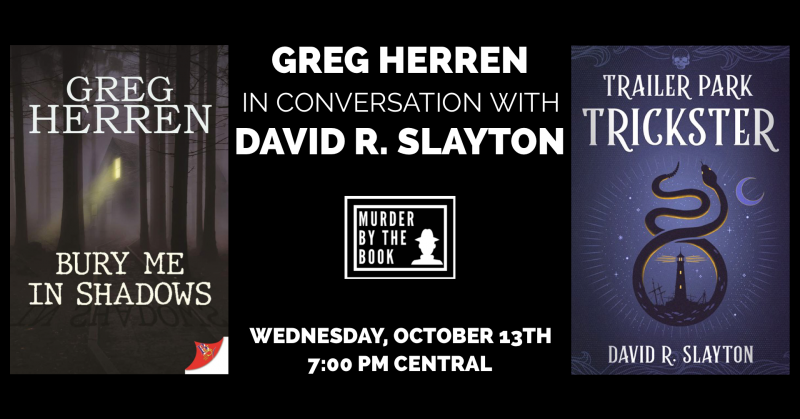 Greg Herren is a New Orleans-based author and editor. He is a co-founder of the Saints and Sinners Literary Festival, which takes place in New Orleans every spring. He is the author of thirty-three novels, including the Lambda Literary Award winning Murder in the Rue Chartres, called by the New Orleans Times-Picayune "the most honest depiction of life in post-Katrina New Orleans published thus far." He co-edited Love, Bourbon Street: Reflections on New Orleans, which also won the Lambda Literary Award. His young adult novel Sleeping Angel won the Moonbeam Gold Medal for Excellence in Young Adult Mystery/Horror, and Lake Thirteen won the silver. He co-edited Night Shadows: Queer Horror, which was shortlisted for the Shirley Jackson Award.

He has published over fifty short stories in markets as varied as Ellery Queen's Mystery Magazine to the critically acclaimed anthology New Orleans Noir to various websites, literary magazines, and anthologies. His erotica anthology FRATSEX is the all time best selling title for Insightout Books. He has worked as an editor for Bella Books, Harrington Park Press, and now Bold Strokes Books.

A longtime resident of New Orleans, Greg was a fitness columnist and book reviewer for Window Media for over four years, publishing in the LGBT newspapers IMPACT News, Southern Voice, and Houston Voice. He served a term on the Board of Directors for the National Stonewall Democrats, and served on the founding committee of the Louisiana Stonewall Democrats. He is currently employed as a public health researcher for the NO/AIDS Task Force, and served four years on the board of directors for the Mystery Writers of America.

David R. Slayton grew up in Guthrie, Oklahoma, where finding fantasy novels was pretty challenging and finding fantasy novels with diverse characters was downright impossible. Now he lives in Denver, Colorado, with his partner, Brian, and writes the books he always wanted to read. White Trash Warlock, Slayton's first novel, is the first book in the Adam Binder series. In 2015, David founded Trick or Read, an annual initiative to give out books along with candy to children on Halloween as well as uplift lesser-known authors or those from marginalized backgrounds. Find him online at www.DavidRSlayton.com.

Bury Me in Shadows (Paperback)

After landing in the hospital after a bad breakup and an ensuing drug-and-alcohol binge, college student Jake Chapman is given two options: rehab, or spend the summer at his dying grandmother's decaying home in rural Alabama. The choice is obvious.

They are my harvest, and I will reap them all.

Returning to Guthrie, Oklahoma, for the funeral of his mysterious and beloved aunt Sue, Adam Binder once again finds himself in the path of deadly magic when a dark druid begins to prey on members of Adam's family. It all seems linked to the death of Adam's father many years ago--a man who may have somehow survived as a warlock.

Not all magicians go to schools of magic.

Adam Binder has the Sight. It's a power that runs in his bloodline: the ability to see beyond this world and into another, a realm of magic populated by elves, gnomes, and spirits of every kind. But for much of Adam's life, that power has been a curse, hindering friendships, worrying his backwoods family, and fueling his abusive father's rage.