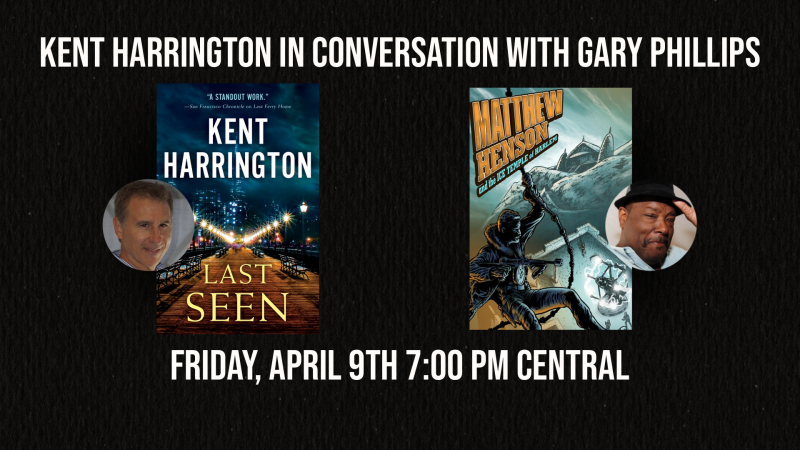 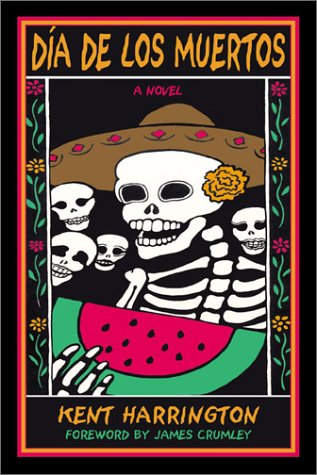 Preorder Last Seen from MBTB and get a free signed copy of Kent Harrington's out of print novel Día de Los Muertos, a favorite of McKenna's!

Border towns stand like carnival funhouse mirrors, reflecting greed, evil, and death in both directions. Not many American writers have looked as deeply into those mirrors as Kent Harrington. DEA Agent Vincent Calhoun's luck, his suerte, has been golden. He and his crooked judicale partner are getting rich coyoteing wealthy crooks and refugees into the U.S. from their posts in Tijuana. Then, on the Day of the Dead, Día de los Muertos, a girl gets off a bus, and Calhoun's luck heads south with a vengeance.

Kent Harrington is the author of numerous acclaimed novels, including Last Ferry Home, The Good Physician, which was named as one of the best novels of the last ten years by Booklist, Dark Ride, Dia de los Muertos, and The American Boys. Of Dark Ride, Michael Connelly said, "It reads like Jim Thompson interpreted by Quentin Tarantino." Visit him at http: //www.kentharrington.com.

Gary Phillips is the son of a mechanic and a librarian. He was weaned on too many comic books, Dashiell Hammett stories, reruns of the original Twilight Zone, and experiences ranging from community organizer to delivering dog cages. His 1950s set graphic novel the Be-Bop Barbarians riffs on race relations, jazz, police brutality and the Red Scare. His novel Violent Spring was the first such mystery set in the aftermath of the 1992 civil unrest, and he edited the Anthony award-winning anthology, The Obama Inheritance: Fifteen Stories of Conspiracy Noir. He is story editor on FX's "Snowfall," about crack and the CIA in 1980s South Central where he grew up. Visit him at https: //gdphillips.com

A captivating new novel from one of the best crime writers working today. In August, San Francisco is a cold beauty...and the perfect place for a killer targeting young women visiting the Bay Area. The latest victim is Emma Barre, a deaf French teenager. Emma is also brilliant and due to enter one of France's best universities.

Matthew Henson and the Ice Temple of Harlem (Paperback)

MATTHEW HENSON AND THE ICE TEMPLE OF HARLEM is the first in a new exciting retro rollicking adventure series from 2021 Munsey Award-nominee Gary Phillips. This re-imagined pulp novel follows the Doc Savage-style adventures of the first black man to reach the North Pole --Matthew Henson.

The tail end of the Roaring 20s. Harlem.