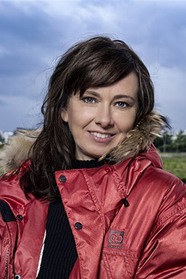 Yrsa Sigurdardottir will sign and discuss The Reckoning (Minotaur; $26.99).

Yrsa Sigurdardottir  (pronounced EAR-suh SIG-ur-dar-daughter) lives with her family in Reykjavík. She is a director of one of Iceland's largest engineering firms. Her work is climbing bestseller lists all over the world, and films are currently in production for several of her books. Her titles include The Silence of the Sea and The Legacy. 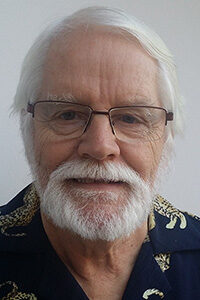 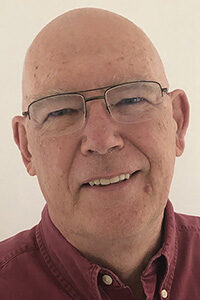 Michael Stanley is the writing team of Michael Sears and Stanley Trollip.

Both are retired professors who have worked in academia and business. Sears is a mathematician, specializing in geological remote sensing. Trollip is an educational psychologist, specializing in the application of computers to teaching and learning, and a pilot. They were both born in South Africa.

They have been on a number of flying safaris to Botswana and Zimbabwe, where it was always exciting to buzz a dirt airstrip to shoo the elephants off. They have had many adventures on these trips including tracking lions at night, fighting bush fires on the Savuti plains in northern Botswana, being charged by an elephant, and having their plane's door pop open over the Kalahari, scattering navigation maps over the desert. These trips have fed their love both for the bush, and for Botswana.

It was on one of these trips that the idea surfaced for a novel set in Botswana.

The Reckoning is the stunning follow-up to The Legacy, which was the start of a thrilling new series that Booklist (starred) recommends for fans of Tana French.

Journalist Crys Nguyen puts her life on the line while chasing down a story - and her missing friend's whereabouts - in Africa, where he disappeared a month earlier while researching the illegal rhino horn trade.

The first in a stunning new series from Yrsa Sigurdardottir, the author of The Silence of the Sea, winner of the 2015 Petrona Award for best Scandinavian Crime Novel.

The Legacy is the first installment in a fantastic new Icelandic series featuring the psychologist Freyja and the police officer Huldar.

The Undesired: A Thriller (Paperback)

Aldis hates her job working in a juvenile detention center in rural Iceland. The boys are difficult, the owners are unpleasant, and there are mysterious noises at night. And then two of the boys go astray . . .