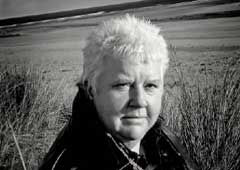 Val McDermid grew up in a Scottish mining community then read English at Oxford. She was a journalist for sixteen years, spending the last three years as Northern Bureau Chief of a national Sunday tabloid. Now a full-time writer, she divides her time between Cheshire and Northumberland.

McDermid has achieved major success with her series of books featuring criminal profiler, Tony Hill. The first book in the series, The Mermaids Singing, won the 1995 Gold Dagger Award for Best Crime Novel of the Year, while the second, The Wire in the Blood, lends its name to the highly acclaimed television series featuring Robson Green as Tony Hill.

A Place of Execution was awarded the LA Times Book of the Year Award, while Killing the Shadows received critical acclaim on its release in 2000.

"Smooth. Confident. Deeply satisfying. What else can you say about McDermid's writing? . . . The Jordan-Hill relationship remains the star of the show . . . It's a match made in heaven amid hell on earth."--Entertainment Weekly (editor's choice) on The Torment of Others

Forensics: What Bugs, Burns, Prints, DNA and More Tell Us about Crime (Hardcover)

Val McDermid is one of the finest crime writers we have, whose novels have captivated millions of readers worldwide with their riveting narratives of characters who solve complex crimes and confront unimaginable evil.