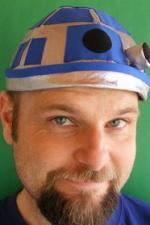 Alan Gratz will sign and discuss The League of Seven (Starscape Books; $17.99).
Alan Gratz is the author of the League of Seven series, Samurai Shortstop, and Prisoner B-3087. He began writing The League of Seven, winner of the Southern Independent Booksellers Alliance Young Adult Book Award, by listing all the things that ten-year-old Alan would have thought were awesome, including brass goggles, airships, tentacled monsters, brains in jars, windup robots, secret societies, and super powers. (In fact, he still thinks all those things are awesome.) He lives in North Carolina with his wife and daughter. 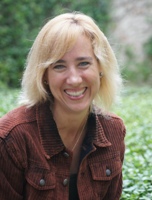 P.J. Hoover will sign and discuss Tut: The Story of My Immortal Life (Tor; $9.99).
P. J. Hoover is the author of books for children and teens including Tut: The Story of My Immortal Life and Solstice. After a fifteen-year bout as an electrical engineer designing computer chips for a living, P. J. started writing novels. When not writing, she spends time with her husband and kids and enjoys practicing Kung Fu, solving Rubik's cubes, and watching Star Trek. She lives in Austin, Texas. 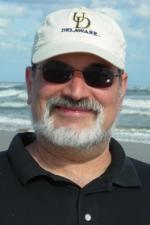 David Lubar will sign and discuss Character, Driven (Tor:$17.99)
David Lubar created a sensation with his debut novel, Hidden Talents, an ALA Best Book for Young Adults. He is also the author of True Talents, Flip, Extremities, the popular Weenies short story collections, and the Nathan Abercrombie, Accidental Zombie series, which has been optioned for TV. He lives in Nazareth, Pennsylvania.

The Dragon Lantern is the second action-packed, steampunk adventure in the League of Seven series by the acclaimed author of Samurai Shortstop, Alan Gratz.

The League of Seven (Paperback)

The League of Seven is the first book in an action-packed, steampunk series by the acclaimed author of Samurai Shortstop, Alan Gratz.

Tut: The Story of My Immortal Life is a funny, fast-paced novel for young readers by P. J. Hoover which chronicles the mischievous adventures of King Tut, now an immortal eighth-grader living in Washington, D.C..