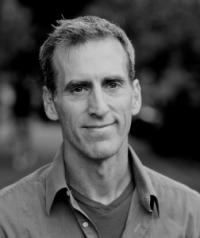 Tim Johnston is the author of the debut adult novel Descent, the story collection Irish Girl, and the young adult novel Never So Green. Published in 2009, the stories in Irish Girl won an O. Henry Prize, the New Letters Award for Writers, and the Gival Press Short Story Award, while the collection itself won the 2009 Katherine Anne Porter Prize in Short Fiction. In 2005 the title story, Irish Girl, was included in the David Sedaris anthology of favorites, Children Playing Before a Statue of Hercules. Johnston's stories have also appeared in New England Review, New Letters, the Iowa Review, the Missouri Review, DoubleTake, Best Life Magazine, and Narrative Magazine, among others. He holds degrees from the University of Iowa and the University of Massachusetts, Amherst. He currently teaches in the creative writing program at the University of Memphis.

“Read this astonishing novel . . . The magic of his prose equals the horror of Johnston’s story.” —The Washington Post

The Rocky Mountains have cast their spell over the Courtlands, who are taking a family vacation before their daughter leaves for college.