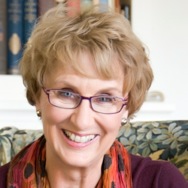 Terry Shames is the author of A Killing at Cotton Hill, The Last Death of Jack Harbin, Dead Broke in Jarrett Creek, A Deadly Affair at Bobtail Ridge, The Necessary Murder of Nonie Blake, and An Unsettling Crime for Samuel Craddock, the first six Samuel Craddock mysteries. She is the coeditor of Fire in the Hills, a book of stories, poems, and photographs about the 1991 Oakland Hills Fire. She grew up in Texas and continues to be fascinated by the convoluted loyalties and betrayals of the small town where her grandfather was the mayor. Terry is a member of the Mystery Writers of America and Sisters in Crime. 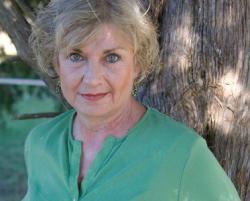 Carolyn Haines will sign and discuss Game of Bones (Minotaur; $26.99).

Carolyn Haines is the USA Today bestselling author of the Sarah Booth Delaney mystery series and a number of other books in mystery and crime, including the Pluto's Snitch paranormal-historical mystery series, and Trouble, the black cat detective romantic suspense books. She is the recipient of the Harper Lee Award for Distinguished Writing, the Richard Wright Award for Literary Excellence, and the Mississippi Writers Guild Lifetime Achievement Award. She is a former journalist, bartender, photographer, farmhand, and college professor and lives on a farm where she works with rescue cats, dogs, and horses.

Acting Police Chief Samuel Craddock investigates the murder of a visiting physician, whose mangled body is found in the woods. When Lewis Wilkins, a physician with a vacation home in Jarrett Creek, is attacked by vicious dogs, and several pet dogs in the area around Jarrett Creek disappear, Police Chief Samuel Craddock suspects that a dog fighting ring is operating in his territory.

When the Jarrett Creek Fire Department is called to douse a blaze on the outskirts of town, they discover a grisly scene: five black young people have been murdered. Newly elected Chief of Police Samuel Craddock, just back from a stint in the Air Force, finds himself an outsider in the investigation headed by the Texas Highway Patrol.

Nonie Blake is back home from a mental institution where she has spent the last twenty years, and people are worried. Maybe too worried, for within a week of her return, Nonie is murdered. Police Chief Samuel Craddock thinks the only possible suspects are members of her tight-lipped family.

Someone is trying to kill Jenny Sandstone and she might know who it is. But how can Samuel Craddock protect her when she seems hell-bent on protecting the attempted killer's identity? Craddock has learned to accept that his neighbor and friend Jenny's personal life is strictly secret. But when her dying mother tells him that Jenny is in danger, Craddock is confronted with a dilemma.

The small town of Jarrett Creek is bankrupt. Samuel Craddock thought he was retired but now he's been asked to return as police chief. Gary Dellmore, heir apparent to the main bank, is dead, apparently murdered. Dellmore supposedly had a roving eye, although his wife says he was never serious about dallying.

Small town mystery and veteran's issues collide as retired police chief Samuel Craddock investigates a murder. Right before the outbreak of the Gulf War, two eighteen-year-old football stars and best friends from Jarrett Creek signed up for the army. Woody Patterson was rejected and stayed home to marry the girl they both loved, while Jack Harbin came back from the war badly damaged.

In this award-winning debut mystery novel, the chief of police of a small town is also an unreliable drunk. So when Dora Lee Parjeter is murdered, her old friend and former police chief Samuel Craddock steps in to investigate. He discovers that a lot of people may have had it in for Dora Lee—the conniving rascals on the farm next door, her estranged daughter, and her live-in grandson.

Them Bones: A Mystery from the Mississippi Delta (Sarah Booth Delaney #1) (Mass Market)

Meet Sarah Booth Delaney, an unconventional Southern belle whose knack for uncovering the truth is about to make her the hottest detective in Zinnia, Mississippi . . . if it doesn't make her the deadest.