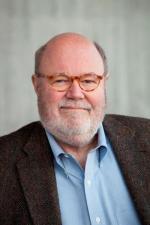 Stephen Hunter will sign and discuss Game of Snipers (Putnam; $27).

Stephen Hunter is the author of more than twenty novels. The retired chief film critic for The Washington Post, where he won the 2003 Pulitzer Prize for Distinguished Criticism, he has also published two collections of film criticism and a nonfiction work, American Gunfight. His novel, Point of Impact, was adapted for film as Shooter, starring Mark Wahlberg. He lives in Baltimore, Maryland.