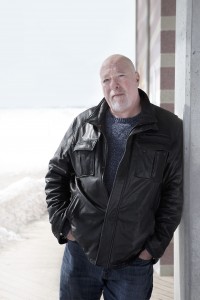 Reed Farrel Coleman’s love of storytelling originated on the streets of Brooklyn and was nurtured by his teachers, friends, and family.

A New York Times bestseller called a hard-boiled poet by NPR’s Maureen Corrigan and the “noir poet laureate” in the Huffington Post, Reed is the author of novels, including Robert B. Parker’s Jesse Stone series, the Gus Murphy series, the acclaimed Moe Prager series, short stories, and poetry.

Reed is a four-time Edgar Award nominee in three different categories—Best Novel, Best Paperback Original, Best Short Story—and a four-time recipient of the Shamus Award for Best PI Novel of the Year. He has also won the Audie, Macavity, Barry, and Anthony Awards.

A former executive vice president of Mystery Writers of America, Reed is an adjunct instructor of English at Hofstra University and a founding member of MWA University. Brooklyn born and raised, he now lives with his family–including cats Cleo and Knish–in Suffolk County on Long Island.

Police chief Jesse Stone returns in the newest novel in Robert B. Parker's New York Times--bestselling series, and his newest case hits right at the heart of the Paradise police force.

A Nor’easter blows into Paradise and churns up the past in this stunning new addition to Robert B. Parker’s New York Times–bestselling series featuring police chief Jesse Stone.

"Coleman keeps the characters and the somber atmosphere but makes the book his own stylistically." --Booklist

Police Chief Jesse Stone is back in the remarkable new installment of the New York Times bestselling series.

What You Break (A Gus Murphy Novel #2) (Paperback)

Former Suffolk County cop Gus Murphy returns to prowl the meaner streets of Long Island's darkest precincts, with a Russian mercenary at his back, in the stunning second installment of Reed Farrel Coleman's critically acclaimed series, now in paperback.

Where It Hurts (A Gus Murphy Novel #1) (Paperback)

Nominated for the 2017 Edgar Award for Best Novel

From the critically acclaimed and award-winning author comes a gritty, atmospheric new series about the other side of Long Island, far from the wealth of the Hamptons, where real people live—and die.