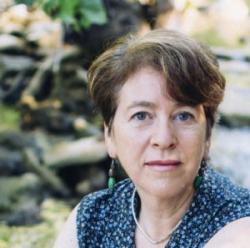 Patrice Sarath is an author and editor living in Austin, Texas. Her novels include the fantasy series Books of the Gordath ( Gordath Wood, Red Gold Bridge, and The Crow God's Girl) and the romance The Unexpected Miss Bennet. She is the author of numerous short stories that have appeared in several magazines and anthologies, includingWeird Tales, Black Gate, Alfred Hitchcock Mystery Magazine, Realms of Fantasy, and many others. Her short story "A Prayer for Captain La Hire" was included in Year's Best Fantasy of 2003. Her story "Pigs and Feaches," originally published in Apex Digest, was reprinted in 2013 in Best Tales of the Apocalypse by Permuted Press. 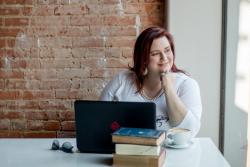 Amber Royer writes fun science fiction involving chocolate, aliens, lovesick AIs, time travel, VR, and more. She's the author of the CHOCOVERSE comic space opera series (FREE CHOCOLATE and PURE CHOCOLATE (March 5)  from Angry Robot Books). She and her husband have also co-authored two cookbooks (one of which is all about chocolate), and she has a column through Dave’s Garden where she writes about cooking and gardening. She teaches creative writing in North Texas for both UT Arlington Continuing Education and Writing Workshops Dallas.   If you are very nice to her, she might make you cupcakes.

A web of secrets and hidden identities ensnare two sisters and their family, in this delightful historical fantasy sequel to The Sisters Mederos

In a galaxy where chocolate is literally addictive, one celebrity chef is fighting back, in the delicious sequel to Free Chocolate

In the far future, chocolate is Earth’s only unique commodity one that everyone else in the galaxy is willing to kill to get their hands, paws and tentacles on

Two sisters fight with manners, magic, and mayhem to reclaim their family’s name, in this captivating historical fantasy adventure.