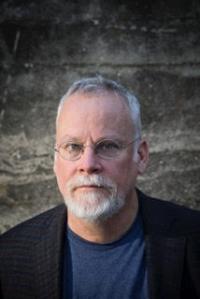 Michael Connelly will sign and discuss The Late Show (Little, Brown and Company $28).

Michael Connelly is the author of twenty-nine previous novels, including #1 New York Times bestsellers The Wrong Side of Goodbye and The Crossing. Connelly is a former newspaper reporter who has won numerous awards for his journalism and his novels and is the executive producer of Bosch, starring Titus Welliver. He spends his time in California and Florida. 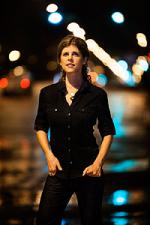 Theresa Schwegel will interview Michael Connelly. Theresa Schwegel was born and raised in Chicago, Illinois. She is the author of six crime novels set in and around the Chicago area. Her debut, Officer Down, was published in 2005, and subsequently won the Edgar® Award for Best First Novel. In 2008, she received the 21st Century Award from the Chicago Public Library Foundation in recognition for an emerging artist with ties to Chicago. Her sixth novel, The Lies We Tell, will be released this summer.

In this first installment of the Renée Ballard series, #1 bestselling author Michael Connelly introduces a "complicated and driven" young detective fighting to prove herself on the LAPD's toughest beat (The New York Times).

The Lies We Tell (Hardcover)

In THE LIES WE TELL by Theresa Schwegel, Chicago police detective Gina Simonetti is keeping a secret from the department: she has multiple sclerosis. Raising her young niece on her own, Gina hides her disease; she can’t afford to lose her job. Anyway, she is healthier than most of the cops she knows, and greatly appreciates the responsibility of caring for a child.