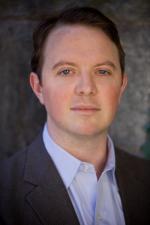 Matthew Quirk will sign and discuss Hour of the Assassin (William Morrow; $27.99).

Matthew Quirk is the bestselling author of The 500, Dead Man Switch, Cold Barrel Zero, and The Directive. After graduating from Harvard with a degree in history and literature, he spent five years at The Atlantic reporting on crime, private military contractors, terrorism prosecutions, and international gangs. He lives in San Diego.

Hour of the Assassin: A Novel (Hardcover)

“Quirk has earned his spot in the front ranks of thriller writers. Opens with a bang and keeps exploding for three hundred pages." —David Baldacci, New York Times bestselling author of A Minute to Midnight

Russian spies, a conspiracy against the US government, and a traitor in the White House.

Peter Sutherland is a night agent for the FBI, he mans a secure line every night that never rings. Until one night a call comes in. The woman has the secure password, her aunt and uncle's house is under attack. Peter is told to keep away from the investigation, but he can't. Can he get to the bottom of it before more people are killed?

I kept saying I would put it down after the next chapter, but ended up saying 'just one more chapter...'

Peter is a really likeable protagonist, determined to the right thing in this suspense-filled thriller. - Rebecca