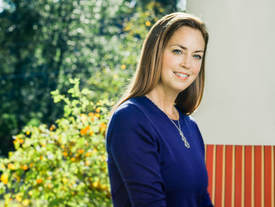 Marie Benedict will sign and discuss The Only Woman In The Room (Sourcebooks; $25.99). 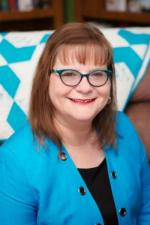 Jess Montgomery will sign and discuss The Widows (Minotaur; $26.99).

Jess Montgomery is the Literary Life columnist for the Dayton Daily News and Executive Director of the renowned Antioch Writers' Workshop in Yellow Springs, Ohio. Based on early chapters of The Widows, Jess was awarded an Ohio Arts Council individual artist's grant for literary arts and the John E. Nance Writer-in-Residence at Thurber House in Columbus. She lives in her native state of Ohio.

The Only Woman in the Room (Hardcover)

The Only Woman in the Room chronicles the long and accomplished life of Hedy Lamarr (born Hedwig Keisler), the Hollywood screen star from the 1940s and 1950s. Born in Austria to a Jewish family, Hedy attracts the attention of a high-ranking Austrian arms dealer and marries him to try to protect her family from Nazi persecution. Eventually escaping her husband, she arrives in Hollywood where she launches the acting career for which she is well known. Unable to forget the horrors she witnessed in Austria, she recruits a partner (George Antheil), and they quietly begin work on an invention that she hopes will help the United States win the war against Germany. While the U.S. Navy did not adopt their invention until the 1960’s, their invention eventually led to the creation of Bluetooth and ultimately WiFi and the cell phone. She and Antheil were inducted into the National Inventors Hall of Fame in 2014 for this invention. Marie Benedict breathes heart and depth into Lamarr’s long and storied life. Benedict’s decision to tell the story from Hedy’s perspective was genius, and the book’s pacing is perfect. I highly recommend The Only Woman in the Room and am thrilled Benedict chose to make sure Lamarr’s legacy is not forgotten. - Cindy

The Widows: A Novel (The Kinship Series #1) (Hardcover)

“The Widows kept me on the edge of my seat. Montgomery is a masterful storyteller.” —Lee Martin, author of Pulitzer Prize-Finalist The Bright Forever

Kinship, Ohio, 1924: When Lily Ross learns that her husband, Daniel Ross, the town’s widely respected sheriff, is killed while transporting a prisoner, she is devastated and vows to avenge his death.

From the bestselling author of The Only Woman in the Room comes a mesmerizing tale of historical fiction that asks what kind of woman could have inspired an American dynasty.

The Other Einstein (Paperback)

One of PopSugar's "25 Books You're Going to Curl Up with this Fall."

"The Other Einstein takes you into Mileva's heart, mind, and study as she tries to forge a place for herself in a scientific world dominated by men."-Bustle