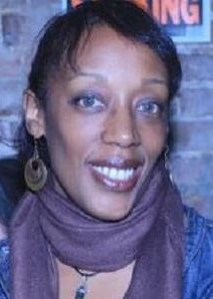 Mack Little is a Houston author. She full of wanderlust. And what better way to find inspiration than visiting as many locations in her series as she can. Born in Conyers, GA, Mack lived in Seville, Spain while a student. As a soldier, she was stationed in Wurzburg, Germany. Her studies and career have taken her all over the United States, and she has taken jaunts across the pond. Mack is currently on the board of directors of the Houston Writer’s Guild. Progenie is her first novel, and she co-authored Disaster Planning: A How-to-Do-It Manual, published by Neal Schuman. She has also authored several articles for professional library journals. Mack holds an undergraduate degree in English Literature as well as a Masters of Information Science. She now resides in Houston, Texas with her husband and a playful papillon.

Glenn Lazar Roberts is an international attorney and writer of sci-fi, horror, satire, and adventure fantasy novels. Glenn has taught college, professionally translated Arabic and Russian, and credits an eclectic group of famous writers for inspiring him to write, including Jack Vance, Robert E. Howard, Edgar Rice Burroughs, Mervyn Peake, H.P. Lovecraft, Ray Bradbury, Arthur C. Clarke, Isaac Asimov, and H.G. Wells, among many other Masters of the Art. "I love language. I am perpetually afloat on a sea of script." Roberts has edited the work of other aspiring writers and hosts a writing critique circle. When he’s not writing he enjoys swimming. He lives in Houston with his wife and kids.

"I'm just that kinda guy..."Pete Marlowe, a tiny but tough private detective, has had a bad day. Two mad scientists, Montez and Muck, abducted him, lopped off his pinky finger, and installed a red button that enables him to walk through walls.