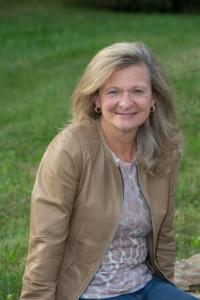 Lisa Scottoline will sign and discuss Feared (St. Martin's Press; $27.99), the newest book in the Rosato and Associates Series.

Lisa Scottoline is the New York Times bestselling author of novels including Look Again, Lady Killer, Think Twice, Save Me and Everywhere That Mary Went. She also writes a weekly column, “Chick Wit,” with her daughter Francesca Serritella, for The Philadelphia Inquirer. The columns have been collected in Why My Third Husband Will Be a Dog and My Nest Isn’t Empty, It Just Has More Closet Space. She has won an Edgar® Award and Cosmopolitan magazine’s “Fun Fearless Fiction” Award, and she is the president of Mystery Writers of America. She teaches a course on justice and fiction at the University of Pennsylvania Law School, her alma mater. She lives in the Philadelphia area. 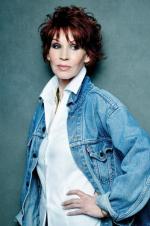 Writing professionally since 1981, Brown has published over seventy-five novels and has upwards of eighty million copies of her books in print worldwide. Her work has been translated into thirty-four languages.

Her episode on truTV’s “Murder by the Book” premiered the series in 2008. She appeared in 2010 on Investigation Discovery’s series, “Hardcover Mysteries.” Television movies have been made of her novels French Silk, Smoke Screen, and Ricochet.

Brown holds an honorary Doctorate of Humane Letters from Texas Christian University, where she and her husband Michael Brown, have instituted the ELF, a scholarship awarded annually. She has served as president of Mystery Writers of America, and in 2008 she was named Thriller Master, the top award given by the International Thriller Writer’s Association. Other honors include the Texas Medal of Arts Award for Literature and the Romance Writers of America’s Lifetime Achievement Award. In 2011 she went on a USO tour to Afghanistan.

A daring pilot races against time to deliver an important package -- and keep it from falling into the wrong hands -- in this #1 New York Times bestselling thriller of spine-tingling suspense and tantalizing romance.

Riveting and disquieting, After Anna is a groundbreaking domestic thriller, as well as a novel of emotional justice and legal intrigue. New York Times bestselling author Lisa Scottoline keeps readers on their toes until the final shocking page.

Nobody cuts deeper than family...

A BATTLE FOR JUSTICE PITS PARTNER AGAINST PARTNER...

“Scottoline writes riveting thrillers that keep me up all night, with plots that twist and turn.” –Harlan Coben

Blockbuster bestselling author Lisa Scottoline is back with Corrupted, a novel of breathtaking legal suspense about one woman’s fight for justice—at all costs.

Blockbuster author Lisa Scottoline returns to the Rosato & Associates law firm with Betrayed, and maverick lawyer Judy Carrier takes the lead in a case that's more personal than ever. Judy has always championed the underdog, so when Iris, the housekeeper and best friend of Judy's beloved Aunt Barb, is found dead of an apparent heart attack, Judy begins to suspect foul play.

New York Times bestselling and Edgar Award-winning author Lisa Scottoline revolutionized crime fiction when she introduced her all-female law firm of Rosato & Associates, thrilling readers with her twisty, fast-paced plots and capturing their hearts with her cast of strong and relatable female characters.

In this "intriguing" thriller (People), a New Orleans police officer kidnaps an attorney's wife in an act of revenge -- but he's not expecting the electric attraction between them.Burke Basile is a cop with nothing left to lose.

After she unwittingly frees a dangerous contract killer, a surgeon reluctantly joins forces with a tenacious detective obsessed with taking down their enemy at all costs.As a surgeon, Dr. Rennie Newton is the consummate professional. When she's summoned to jury duty, she brings competence and composure to the courtroom -- a skill she learned while performing surgeries.