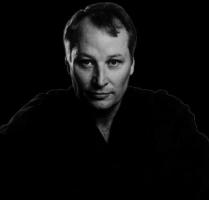 Joe Lansdale will sign and discuss The Elephant of Surprise (Mulholland; $26).

Joe R. Lansdale  with more than forty books to his credit, has been called "an immense talent" by Booklist; "a born storyteller" by Robert Bloch; and The New York Times Book Review declared he has "a folklorist's eye for telling detail and a front-porch raconteur's sense of pace." Lansdale has won numerous awards, including sixteen Bram Stoker Awards, the Grand Master Award from the World Horror Convention, a British Fantasy Award, the American Mystery Award, the Critic's Choice Award, and a New York Times Notable Book Award.

The Elephant of Surprise (Hap and Leonard) (Hardcover)

Hap and Leonard are an unlikely pair--Hap, a self-proclaimed white trash rebel, and Leonard--a tough-as-nails Black, gay, Vietnam vet and Republican--but they're the closest friend either of them has in the world.

Edgar Award-winner and fan favorite Joe R. Lansdale is back with Hap and Leonard's latest caper: investigating the disappearance of a revivalist cult leader's daughter.

A rollicking novel about Nat Love, an African-American cowboy with a famous nickname: Deadwood Dick.

Only Hap and Leonard would catch a cold case with hot cars, hot women, and ugly skinheads.