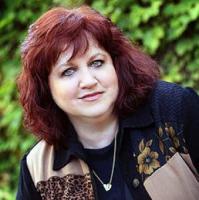 Jordan Dane will sign and discuss On A Dark Wing (Harlequin Teen; $9.99).

Avon/Harpercollins launched Jordan Dane's debut suspense novels in a back to back publishing event in Spring 2008 after the 3-book series sold in auction. Ripped from the headlines, Jordan's gritty plots weave a tapestry of vivid settings, intrigue, and dark humor. Publishers Weekly compared her intense pacing to Lisa Jackson, Lisa Gardner, and Tami Hoag--romantic suspense that "crosses over into plain thriller country". Pursuing publication since 2003, this national best selling and critically acclaimed author received awards in 33 national writing competitions. Her debut novel NO ONE HEARD HER SCREAM was named Publishers Weekly Best Book of 2008 and Romantic Times Magazine nominated NO ONE LIVES FOREVER as Best Intrigue Novel of 2008, with EVIL WITHOUT A FACE named as winner of the 2009 National Readers Choice Award. And IN THE ARMS OF STONE ANGELS (Apr 2011, Harlequin Teen) will be the first release of two Young Adult novels written by Dane. Formerly an energy sales manager in the oil and gas industry, she now is following her passion to write full time. Jordan and her husband share their residence with two cats of highborn lineage, a rescue dog named Taco and the sweet memory of an impossible to forget canine. 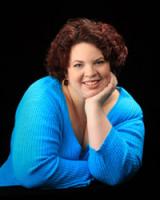 Tracy Deebs is the YA pseudonym of romance novelist Tracy Wolff. Tracy Wolff collects books, English degrees and lipsticks and has been known to forget where—and sometimes who—she is when immersed in a great novel. At six she wrote her first short story—something with a rainbow and a prince—and at seven she forayed into the wonderful world of girls lit with her first Judy Blume novel. By ten she’d read everything in the young adult and classics sections of her local bookstore, so in desperation her mom started her on romance novels. And from the first page of the first book, Tracy knew she’d found her life-long love. Now an English professor at her local community college, she writes romances that run the gamut from contemporary to paranormal to erotic suspense. 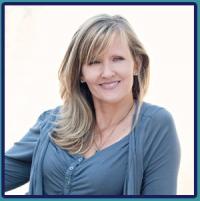 Most people who know Ellie think she’s your nice, ordinary average wife and mom of two little kids. They see someone who does all that ordinary stuff, like grocery shopping, walking the dogs, going to baseball games, and somehow always forgetting to get the house cleaned and laundry done.

What they don't know is that more often than, this LSU J-School alum is somewhere far, far away, in an extraordinary world, deeply embroiled in solving a riddle or puzzle or crime, testing the limits of possibility, exploring the unexplained, and holding her breath while two people fall in love.

Those who DO know have learned to go easy on her. They know what her blank stare means, and they know when she politely nods, she hasn’t heard a word. She even has a few special neighbors who’ve learned to call with gentle reminders about things like the first day of school and block parties!

All that aside, regardless of which world Ellie’s in, she loves rain and wind and thunder and lightning; the first warm kiss of spring and the first cool whisper of fall; family, friends, and animals; dreams and happy endings; Lost and Fringe; Arcade Fire and Dave Matthews, and last but not least…warm gooey chocolate chip cookies. 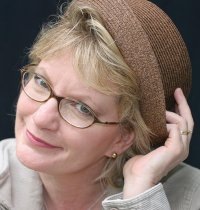 C.C. Hunter grew up in Alabama, where she caught lightning bugs, ran barefoot, and regularly rescued potential princes, in the form of Alabama bullfrogs, from her brothers. Today, she's still fascinated with lightning bugs, mostly wears shoes, but has turned her focus to rescuing mammals. She now lives in Texas with her four rescued cats, one dog, and a prince of a husband, who for the record, is so not a frog. When she's not writing, she's reading, spending time with her family, or is shooting things-with a camera, not a gun.

C.C. Hunter is a pseudonym. Her real name is Christie Craig and she also writes humorous romantic suspense romance novels for Grand Central.

On a Dark Wing (Paperback)

In the Arms of Stone Angels (Harlequin Teen) (Paperback)