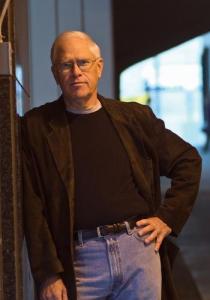 John Sandford is the pseudonym of the Pulitzer Prize-winning journalist John Camp. Camp was born in 1944 and was raised in Cedar Rapids, Iowa. He received his B.A. in American Studies from the University of Iowa, and received his first training as a journalist and reporter when he was in Korea for 15 months working for his base paper.

After the army, Camp spent 10 months working for the Cape Girardeau Se Missourian newspaper before returning to the University of Iowa for his Masters in Journalism. From 1971 to 1978, he worked as a general assignment reporter for the Miami Herald, covering killings and drug cases, among other beats, with his colleague, the Pulitzer Prize-winning journalist Edna Buchanan.

In 1978, Camp joined the St. Paul Pioneer Press as a features reporter. He became a daily columnist at the newspaper in 1980. In the same year, he was named a finalist for the Pulitzer Prize for an article he wrote on the Native American communities in Minnesota and North Dakota and their modern day social problems. In 1986, Camp won the Pulitzer Prize for feature writing for a series of articles on the farm crisis in the Midwest.

Camp has written fourteen books in the bestselling "Prey" series under the name John Sandford.

Lucas Davenport’s first case as a U.S. Marshal sends him into uncharted territory in the thrilling new novel in the #1 New York Times-bestselling series.

The man was smart and he didn’t mind killing people. Welcome to the big leagues, Davenport.