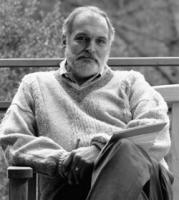 John Billheimer will sign and discuss Primary Target, and Hitchcock and the Censors.

John Billheimer, a native West Virginian, lives in Portola Valley, California. He holds an engineering Ph.D. from Stanford and writes the "funny, sometimes touching," Owen Allison mystery series set in Appalachia's coalfields. The Drood Review voted his first book, The Contrary Blues, one of the ten best mysteries of 1998. Four subsequent novels, Highway Robbery, Dismal Mountain, Drybone Hollow and Stonewall Jackson's Elbow, explore a variety of Mountain State scams, scandals and frauds. Primary Target is the sixth book in the series. Billheimer has also written Field of Schemes and A Player to be Maimed Later, entries in a mystery series featuring sportswriter Lloyd Keaton, as well as Baseball and the Blame Game, a nonfiction look at scapegoating in the major leagues, and Hitchcock and the Censors, a look at all forms of movie censorship and how Alfred Hitchcock coped with them. www.johnbillheimer.com

Throughout his career, Alfred Hitchcock had to deal with a wide variety of censors attuned to the slightest suggestion of sexual innuendo, undue violence, toilet humor, religious disrespect, and all forms of indecency, real or imagined. From 1934 to 1968, the Motion Picture Production Code Office controlled the content and final cut on all films made and distributed in the United States.