Jeff Abbott is the New York Times bestselling and award-winning author of numerous mystery and suspense novels, including the Sam Capra series, Jordan Poteet series, and the White Mosley series. His novel Sam Capra novel The Last Minute won the International Thriller Writers Award. He is a three-time finalist for the Edgar Award. A native Texan, he graduated from Rice University with a degree in history and English and worked as a creative director at an advertising agency before writing full time. 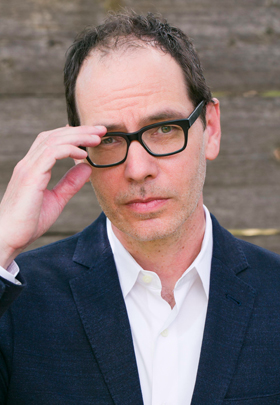 Lou Berney is the Edgar Award-winning author of The Long and Faraway Gone (which also won the Anthony, Barry, Macavity, and ALA awards), Whiplash River, and Gutshot Straight, all from William Morrow/HarperCollins. He's also the author of a collection of stories, The Road to Bobby Joe, and his short fiction has appeared in publications such as The New Yorker, Ploughshares, and the Pushcart Prize anthology. He teaches in the Red Earth MFA program at Oklahoma City University. His new novel, November Road, will be published in October.

From New York Times bestselling writer Jeff Abbott, a psychologically intense and emotionally gripping new suspense novel about a daughter's desperate search for her missing mother-one that may lead her closer to home than she ever anticipated.

My mom would never leave me.

"When people say they want to read a really good novel, the kind you just can't put down, this is the kind of book they mean. Exceptional." —STEPHEN KING

From the slums of Pakistan to the Caribbean playgrounds of the superrich, CIA agent Sam Capra finds himself in a race against time to save his brother, once presumed dead, from ruthless ex-KGB billionaires.

She is a good mother. She will do what she must to ensure that her daughter Diana has a perfect life, just as perfect as the one they've led for the past seven years.

No matter who has to die.

The simplest beginnings can unravel a life. For Sam Capra, it is the moment a beautiful young woman walks into his San Francisco bar.

Sam Capra must commit an impossible assassination--or he will lose the only person in the world who matters to him . . .

A brilliant young CIA agent has it all--until he's the lone survivor of a terrorist attack that his wife may or may not have been involved in planning--in Jeff Abbott's "exhilarating" (Harlan Coben) thriller, the launch of his fan favorite Sam Capra series.

The Long and Faraway Gone: A Novel (Paperback)

WINNER OF THE EDGAR AWARD, THE MACAVITY AWARD, THE ANTHONY AWARD, AND THE BARRY AWARD FOR BEST PAPERBACK ORIGINAL

“Like Carl Hiaasen, Berney delights in the cartoonish. Like Elmore Leonard, he can drive a plot. What sets him apart is how well he evokes love, making the romance…as compelling as the mystery.”
—Boston Globe

“Lou Berney’s novel is so energetic, so droll, and so wheezingly funny that it accomplished what no book ever has before: it made me forget to eat lunch.”
—Stephen Harrigan, New York Times bestselling author of Challenger Park