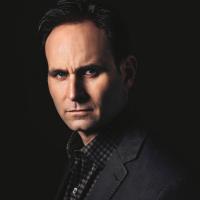 Jack Carr is a former Navy SEAL who led special operations teams on four continents as a Team Leader, Platoon Commander, Troop Commander and Task Unit Commander. Over his 20 years in Naval Special Warfare he transitioned from an enlisted SEAL sniper specializing in communications and intelligence, to a junior officer leading assault and sniper teams in Iraq and Afghanistan, to a platoon commander practicing counterinsurgency in the southern Philippines, to commanding a Special Operations Task Unit in the most Iranian influenced section of southern Iraq throughout the tumultuous drawdown of U.S. Forces. Jack retired from active duty in 2016.

Tom Abrahams is a Texas television reporter and anchor who has spent 20 years covering local, national, and international news. He's interviewed Presidents, cabinet members, and leaders in congress.  He's reported live from the White House, Capitol Hill, and the United Nations. Tom's covered five national political conventions. He has flown with presidential candidates, gone backstage at their rallies, and broken stories about them on television and online. He was at the Pentagon while smoke still rose in the hours after 9/11 and was in the room when Secretary Colin Powell made his case to the U.N. Security Council for war against Iraq. Tom lives in the Houston suburbs with his wife, Courtney, and their two children.

“This is seriously good. I mean—seriously.” —Lee Child, #1 New York Times bestselling author of Past Tense

“A powerful, thoughtful, realistic, at times terrifying thriller that I could not put down.

A Navy SEAL has nothing left to live for and everything to kill for after he discovers that the American government is behind the deaths of his team in this ripped-from-the-headlines political thriller that is “so powerful, so pulse-pounding, so well-written—rarely do you read a debut novel this damn good” (Brad Thor, #1 New York Times bestselling author).