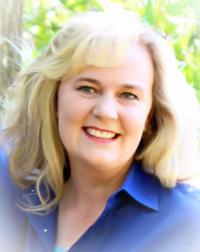 Mandy Broughton loves books. She can always be found with a book in her hand and two more in a bag. She gravitates towards mysteries but enjoys science fiction and a good historical novel as well. In libraries and bookstores, Mandy tries to stay in areas appropriate for her age. This is not always possible, as she tends to find herself with more middle grade and young adult novels upon leaving.

Mandy Broughton has a trio of middle-grade mysteries—a missing hamster, a UFO, and some absent-minded grandparents—have all found their way into her novels. She also has an adult cozy, The Cat’s Last Meow, and several short stories published in various anthologies.

When Mandy is not writing about herself in the third person, she lives in Houston with her husband and three children. They love to travel, primarily to locations with beaches and water. These beach locales offer the best opportunities for water skiing or scuba diving. She is one of the few people that enjoy the heat and will tolerate the humidity. And she will only travel to places with now if they possess a chair lift to the top of the mountain and hot chocolate at the bottom.

For the record, while it is true she has spent more money on books than groceries, it only happened once. And due to the great invention of peanut butter sandwiches, her husband did not starve that month. Visit her online at www.MandyBroughton.com or on twitter @MandyBroughton. She will talk to anyone who will listen in 140 characters or less. 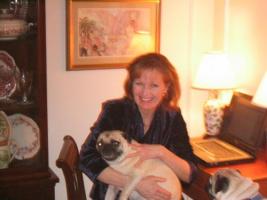 Stephanie Jaye Evans is the author of "Faithful Unto Death "and the daughter of a trailblazing Church of Christ minister and the great-granddaughter of a circuit-riding preacher. She and her husband live in Sugar Land, Texas, and have seven grown children and two badly-behaved pugs. 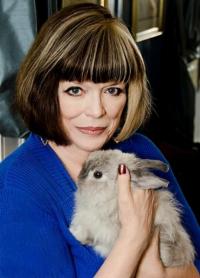 Kay Kendall grew up in the bucolic Flint Hills of Kansas but dreamt of returning to her father’s ancestral home of Texas and also of becoming a latter-day Nancy Drew or John le Carré. Instead, higher education and circumstance led her down a long and winding road (footnote, the Beatles) to graduate studies in history at Harvard, to Canada, international corporate communications, work in Russia, and finally, finally, her beloved Texas.

Today Kay is an international award-winning PR executive who lives in Texas with her husband, three house rabbits, and spaniel Wills. Now she writes historical murder mysteries. Growing up during the Cold War, she recalls the drama of an ICBM (intercontinental ballistic missile) installed near her hometown in Kansas. A fan of historical mysteries and spy novels, she sets her own stories during the Vietnam War, a key conflict of last century not already overrun with novels.

Rebecca Nolen lives in Houston, TX. She wrote her first novel at the age of 16 and is happy it was not published. Her novel Deadly Thyme has won numerous awards including first place in psychological suspense with Chanticleer Reviews. She has a penchant for wrangling snakes and corralling insects so these appear in her children’s novel,

Gay Yellen began working life as an actress in theatre, film and television commercials, then moved behind the camera as the Assistant to the Director of Production at The American Film Institute. She is a former magazine editor and national journalism award winner, and was the contributing book editor for Five Minutes to Midnight (Delacorte Press), an international thriller. Her suspense novel, The Body Business, is Book #1 of the Samantha Newman Series, and a 2015 RONE Award Finalist.

Cream Cape and the Case of the Missing Hamster: #1 (Paperback)

Harriet, the class hamster, has been kidnapped Cece's supposed to be taking care of the precious pet, but everything goes wrong. Before Cece even gets Harriet home, the hamster goes missing. And then she gets a ransom note with a photo of Harriet in front of a snake's cage Can she save the sweet furball in time? Will she have to buy a new hamster?

The Case of the Flying Saucer: #2 (Paperback)

The UFOs have landed At least that's what Cece's sister, Dee Dee, believes. The girls are on a new case investigating strange lights and sounds coming from the field behind their house. Dee Dee disappears for long periods of time, and Cece wants to know what's going on. Are those really aliens lights? Can Cece solve the mystery before her sister disappears for good?

The Case of the Blue-Hair Heist: #3 (Paperback)

Memories aren't the only thing missing in this quiet little community of blue-haired grandparents. When Cece and her sister, Dee Dee, visit Gram and Gramps for Christmas, jewelry begins to disappear. The amateur sleuths investigate the crazy cast of suspects including blue-hair busybodies, furry pets and annoying boys.

Everything looks perfect in Sugar Land, Texas. But it’s not.

Kay Kendall's RAINY DAY WOMEN is the second book in the Austin Starr Mystery series. In 1969, during the week of the Manson murders and Woodstock, the intrepid amateur sleuth, infant in tow, flies across the continent to support a friend suspected of murdering women's liberation activists in Seattle and Vancouver. Then her former CIA trainer warns that an old enemy has contracted a hit on her. Her anxious husband demands that she give up her quest and fly back to him. How much should Austin risk when tracking the killer puts her and her baby's life in danger?

West Virginia, 1895. A deadly dry spell has left the earth parched and souls desperate. Crops are failing. Cities are starving. A missing newspaper man doesn't account for much in times so terrible, except to the twelve-year-old son he left behind. When Elliot Sweeney discovers the search for his father has been called off, he boards a train alone to find him.

The Body Business by Gay Yellen

What if your killer job could get you killed? Great job. Fantastic boyfriend. Samantha Newman thought she had it all. But when her best friend vanishes, doubt creeps in. Is there some ugly reality behind her firm's success? When she asks the FBI for help, they send a man with secrets of his own. How can she find her friend without getting caught in the web of deceit? Carter Chapman's on a mission. But it wasn't supposed to include a beautiful corporate executive with her own set of problems, until a terrible event puts them on the same path to discovery, and they each have to decide if some secrets are worth the price.