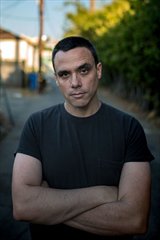 Jordan Harper was born and educated in Missouri. He has been a music journalist, film critic, and TV writer. He lives in Los Angeles. 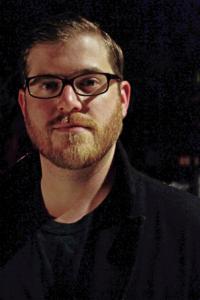 Rob Hart will sign and discuss The Woman From Prague (Polis; $25).

Rob Hart is author of New Yorked and City of Rose, featuring Ash McKenna. He is the associate publisher at MysteriousPress.com and the class director at LitReactor. Previously, he has been a political reporter, the communications director for a politician, and a commissioner for the city of New York. Rob is the author of The Last Safe Place: A Zombie Novella, and his short stories have appeared in publications like Thuglit, NEEDLE, Shotgun Honey, All Due Respect, and Helix Literary Magazine. He lives in New York City. Visit him online at robwhart.com or at @robwhart.

Bill’s first three novels, The Devil She Knows (2011), which featured Maureen’s debut, Bloodroot (2009), and Fresh Kills (2008), winner of the first Amazon Breakthrough Novel Award, are set in Staten Island, NYC, where he grew up.

Born in Park Slope, Bill grew up in Brooklyn and on Staten Island. After college in Scranton, PA, where he studied communications and English, he taught high school English on Staten Island. In 1997, he moved to New Orleans, where he has taught high school and college, worked in an antique shop, and done absolutely everything there is to do in the bar and restaurant business (except cook). He received his MA from the University of New Orleans in 2005. He plays drums in a rock n’ roll cover band.

Bill lives in New Orleans’ Garden District with his wife, AC Lambeth, a writer and yoga instructor, and their two dogs.

She Rides Shotgun: A Novel (Hardcover)

*WINNER OF A 2018 EDGAR AWARD FOR BEST DEBUT NOVEL*

*WINNER OF AN ALEX AWARD FROM THE ALA*

NAMED A BEST BOOK OF 2017 BY St. Louis Post-Dispatch • Booklist

A Southern Indie Bookseller Alliance 2017 Summer OKRA pick!
One of Kirkus Review’s “11 Thrillers That Will Keep You Awake This Summer”
Watch the trailer for The Devil's Muse here: https://vimeo.com/224000865

Ash McKenna used to be an amateur P.I.--emphasis on 'amateur'. Despite good intentions, he made a mess of his life in New York, so tried to build a new one in Portland. But after a traumatic turn of events, he ends up on a commune in the Georgia woods, binge-drinking cheap whiskey and waiting for his passport to flee the country and nightmares that have followed him.

As an amateur PI with a bent moral compass, Ash McKenna is good at finding people--but not at staying out of trouble. Between his own violent tendencies, the shadow cast by his father's death, and a self-destructive revenge quest, he made a mess of his life in NYC. Figuring it was time for a change of scenery Ash relocated to Portland, taking a job as a bouncer in a vegan strip club.

Nominated for the Anthony Award for Best First Novel

Maureen Coughlin is complicated—tough and naive, street-smart and vulnerable. And, way too often, reckless. When we meet her, she's in rough shape. A rookie beat cop in the New Orleans Police Department, she's already been suspended once, and things are about to get worse.

“This is True Detective country . . . and Loehfelm reaches a new level of lyrical, site-specific noir.” —Boris Kachka, Vulture (A Must-Read Book of the Month)

The Devil in Her Way: A Novel (Maureen Coughlin Series #2) (Paperback)

Maureen Coughlin's life has changed in more ways than one. She is starting over in New Orleans as a newly minted member of the police force, but her transition from cocktail waitress to cop hasn't gone as smoothly as she'd hoped.

The Devil She Knows: A Novel (Maureen Coughlin Series #1) (Paperback)

"A taut, knowing story...Maureen Coughlin is a hero for the ages, a character who jumps off the page and demands the reader's full attention."—Laura Lippman, author of The Most Dangerous Thing