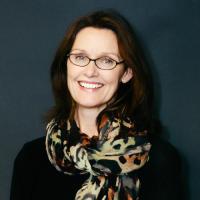 Hannah Dennison will sign and discuss A Killer Ball at Honeychurch Hall (Minotaur; $24.99).

Hannah Dennison began her writing career as a trainee reporter for a small West Country newspaper in Devon, England. Hannah is a member of Sisters in Crime, Mystery Writers of America, the Willamette Writers, British Crime Writers' Association and Toastmasters International. Hannah Dennison is an especially big hit with librarians. Coincidentally her mother is a docent at Greenway, Agatha Christie's summer home, which has been turned into a museum.

The Honeychurch Hall mysteries are HIGHLY recommended by John!

Con Lehane will sign and discuss Murder at the 42nd Street Library (Minotaur; $25.99).

Con Lehane has been a union organizer and a college professor, and was, for more than a decade, a bartender. After spending most of his life in and around New York City, he now works as a labor journalist and lives in a Washington, D.C., suburb with his wife and two sons. He writes the Bartender Brian McNulty Mystery series, including the novels "Beware the Solitary Drinker" and "What Goes Around Comes Around".

When antique dealer Kat Stanford stumbles upon the partially mummified body of a young woman in an abandoned wing at Honeychurch Hall, suspicion falls on those who had been living there many years ago. And it appears that the deceased had been murdered. Given her mother Iris’s checkered past, Kat is not surprised to learn that Iris knew the victim.

Deadly Desires at Honeychurch Hall is the second charming and witty whodunit in Hannah Dennison's amazing cozy series. Set at an English manor house, fans of British mysteries and Downton Abbey are sure to enjoy this contemporary take on murder at the manor house.

Kat Stanford is just days away from starting her dream antique business with her newly widowed mother Iris when she gets a huge shock. Iris has recklessly purchased a dilapidated carriage house at Honeychurch Hall, an isolated country estate complete with eccentric lords and ladies and butlers and cooks.