An Evening with Laurell K. Hamilton 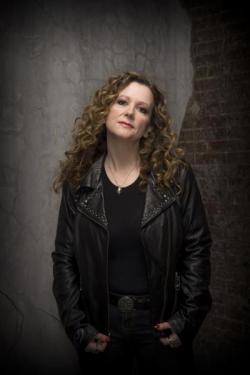 Laurell K. Hamilton is a paranormal thriller writer and is a regular on the New York Times Bestseller List through titles in her two series Anita Blake: Vampire Hunter and Meredith Gentry: Fairy Princess/Private Eye. The Anita Blake: Vampire Hunter series, published by Penguin Group under the Berkley Books imprint, spans 17 novels, including Skin Trade, released earlier this year. With over 6 million copies in print worldwide and available in over 16 languages, there is no end in sight for Anita, the professional necromancer and licensed vampire executioner. Marvel Comics has worked closely with Hamilton to adapt her books in the Anita Blake series into comic book medium with a stunning amount of success. The first installment of the graphic novel, Guilty Pleasures, was released in July 2007 and was the number one best selling graphic novel for that month. The Meredith Gentry series published by Ballantine Books features Meredith Gentry as a part-human, part-fey private investigator. Under orders from her aunt Andias, Queen of the Unseelie Court, Meredith is in a race to become pregnant and ascend the throne before her cousin Cel does. The cost of failure will be her own life and that of those who follow her. The next Merry book, Divine Misdemeanors, will debut December 8th, 2009. Laurell Hamilton resides in St. Louis County, Missouri, with her husband and partner Jonathon Green, her daughter, and their pug. Her education includes degrees in English and biology from Marion (now Indiana Wesleyan University)

Tickets will be available online, in-store, or by phone starting May 1st.

This ticket is your place in line for the post-talk meet and greet, and includes one signed copy of Dead Ice.

If you're not planning on attending the event, but still want a signed copy, you can order one here. Please note that the books will all be signature only.

(This is NOT the event ticket)