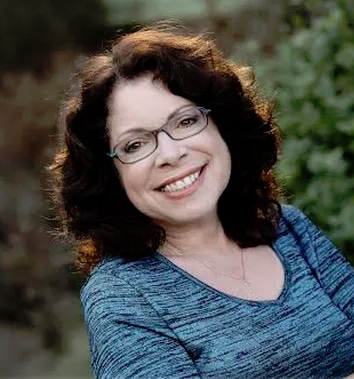 Ellen’s TV credits include Wings, Just Shoot Me, and Fairly OddParents. She’s written over 200 national magazine articles, and her published plays include the award-winning Graceland. She also worked as a cater-waiter for the legendary Martha Stewart, a credit she never tires of sharing. A native New Yorker who attended Tulane University, Ellen lives in Los Angeles with her husband, daughter, and two rescue dogs. She still misses her hometown - and still drives like a New York cabbie.

USA Today bestselling and award-winning author Ellen Byron cranks it up to eleven in the fifth fast and funny Cajun Country mystery.

Louisiana B&B owner Maggie Crozat kicks up her heels at a country music festival--but she'll have one foot in the grave if she can't bring the killer of a diva's hanger-on to heel.

USA Today bestselling author Ellen Byron is back at it with fan-favorite plantation B&B owner Maggie Crozat in a fourth installment of the Cajun Country mysteries.

Southern charm meets the dark mystery of the bayou as a hundred-year flood, a malicious murder, and a most unusual Mardi Gras converge at the Crozat Plantation B&B.

Maggie Crozat is back home in bayou country during the most magical time of the year. In Pelican, Louisiana, Christmastime is a season of giant bonfires on the levee, zydeco carols, and pots of gumbo. Except, this year, the Grinch has come to stay at the family-run Crozat Plantation B&B.

Body on the Bayou: A Cajun Country Mystery (Paperback)

Winner of the 2016 Best Humorous Mystery Lefty Award and shortlisted for the Agatha Best Contemporary Novel Award, Body on the Bayou finds Maggie Crozat once again using her artist's eye to spot clues and help.

Check in for some Southern hospitality in Plantation Shudders, the Cajun Country series debut from Ellen Byron.