E.G. Scott will sign and discuss The Woman Inside (Dutton; $27).

E. G. Scott is a pseudonym for two writers, Elizabeth Keenan and Greg Wands, who have been friends for over twenty-years, and have been writing plays, screenplays, and short stories separately since they were kids. They've collaborated on multiple projects from the beginning of their friendship, but this is their first published work together. This book came out of their shared love of thrillers and noir and wanting to collaborate on a novel for a long time. They are currently working on their next thriller. 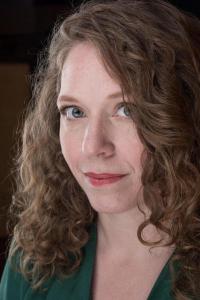 Amy Gentry lives in Austin, Texas, with her husband and two cats. After graduating in 2011 with a PhD in English from the University of Chicago, she began a freelance writing career, writing book reviews, cultural criticism, and, for one strange and wonderful year, a fashion column. She frequently reviews fiction for the Chicago Tribune Printer’s Row Journal, and her writing has appeared in Salon.com, xoJane, The Rumpus, the Austin Chronicle, the Texas Observer, LA Review of Books, Gastronomica, and the Best Food Writing of 2014. Good As Gone, her first thriller, is set in her hometown of Houston, Texas.

The Woman Inside: A Novel (Hardcover)

“A marital saga so pitch-black it makes Gone Girl look like the romance of the decade... [The Woman Inside] resembles past smashes like Big Little Lies and The Woman in the Window.”—Entertainment Weekly

From the author of Good as Gone comes a brilliant and timely thriller: Strangers on a Train by way of Thelma and Louise.


Dana Diaz is an aspiring stand‑up comedian—a woman in a man’s world.

Good as Gone: A Novel of Suspense (Paperback)

"So gripping you might start to question your own family’s past." —Entertainment Weekly

“[One] of the most anticipated summer thrillers . . .