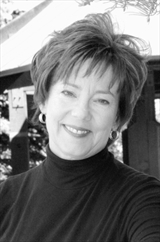 New York Times bestselling author Diane Mott Davidson wrote three novels before one was accepted for publication—when she was 41. She has since written 14 more mysteries, all featuring Goldy the caterer. In addition, she has written short stories and poetry for various publications. Davidson has won the Anthony Award from Bouchercon, and has been nominated for the Agatha, another Anthony, and the Macavity Award. In 1993 she was named Rocky Mountain Fiction Writers' Writer of the Year.

Davidson was educated at St. Anne's School in Charlottesville, Virginia, where her English teacher, Emyl Jenkins, encouraged her to become a writer. She attended Wellesley College, where she was named a Wellesley Scholar, before transferring to Stanford University, from which she graduated with a double major in Art History and Political Science. Several years (and one child) later, she received her MA in Art History from Johns Hopkins.

Davidson has volunteered for numerous organizations. She was a tutor in a correctional facility, rape-victim counselor, and served for 10 years on the Board of Examining Chaplains of the Episcopal Diocese of Colorado. For years she taught the adult Bible study at her parish, where she was also licensed to preach.

Davidson has been married to her husband, Jim, for almost 40 years. They have three sons, a daughter-in-law, two grandchildren, and a basset hound.

The Whole Enchilada: A Novel of Suspense (Hardcover)

Caterer and sleuth extraordinaire Goldy Schulz jumps from the frying pan into the fire as she tries to solve a puzzling murder that is much too close to home, in this latest entry in the New York Times bestselling series from "today's foremost practitioner of the culinary whodunit" (Entertainment Weekly)