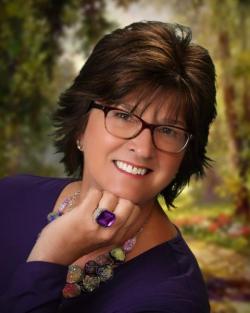 Denise Ditto, a native Texan, is a freelance writer who loves writing for children. She started working on The Tooth Collector Fairies series in 2012. She also enjoys writing about a variety of other topics, often focusing on recollections from her childhood and growing up in Houston. Her short story The Art of Ironing was published in OMG, That Woman!, a woman’s fiction anthology released in April 2013.

In addition to writing for children, Denise is the director and CFO of the Houston Writers Guild. She took on this responsibility in September 2014 after spending a year on the board of directors as the treasurer. Additionally, she’s been an active member in the Society of Children’s Book Writers and Illustrators since 2012.

In the magical land of Brushelot it is Batina's first day collecting teeth. She is determined that her humongous wings will not interfere with her mission. But on her way back, with the tooth secure in her pouch, her wings cause her to tumble and the tooth is lost. Batina must call on her best friends, Lainey the brainiac and little Lulu, to work together to save the day.