Dead But Not Forgotten Group Event

Join Charlaine Harris, Toni L. P. Kelner, Rachel Caine and Nicole Peeler as we celebrate the release of Dead But Not Forgotten (Ace; $26.95), an anthology featuring  stories that take place in the Sookie Stackhouse world, but written by other authors.
We'll start giving out numbers for this event on Tuesday, November 25th when Dead But Not Forgotten is released. 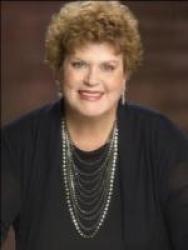 Charlaine Harris is a New York Times bestselling author for both her Sookie Stackhouse fantasy/mystery series and her Harper Connelly Prime Crime mystery series. She has lived in the South her entire life. 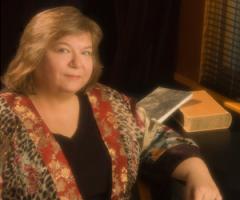 Toni L.P Kelner / Leigh Perry is the author of eleven mystery novels: eight Laura Fleming mysteries and three “Where are they now?” mysteries. Both series are available as audio books and e-books. Kelner is also the author of numerous short stories, and co-edits bestselling urban fantasy anthologies with Charlaine Harris. Their most recent are Games Creatures Play and Dead But Not Forgotten. Kelner has won the Agatha Award and an RT BookClub Lifetime Achievement Award, and has been nominated multiple times for the Anthony, the Macavity, and the Derringer. Writing as Leigh Perry, she recently debuted the Family Skeleton series for Berkley Prime Crime. 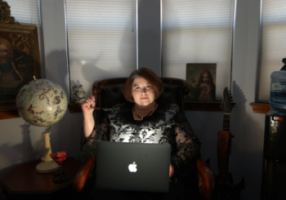 Rachel Caine is the "New York Times" bestselling author of more than thirty novels, including the Weather Warden series, the Outcast Season series, the Revivalist series, and the Morganville Vampires series. She was born at White Sands Missile Range, which people who know her say explains a lot. She has been an accountant, a professional musician, and an insurance investigator, and, until recently, carried on a secret identity in the corporate world. She and her husband, fantasy artist R. Cat Conrad, live in Texas, which so far as she knows does not actually contain any vampires. 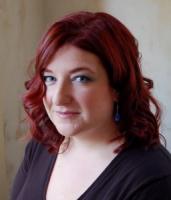 Nicole D. Peeler writes urban fantasy for  Orbit Books and, in her spare time, is an associate professor at Seton Hill University, where she co-directs their MFA in Writing Popular Fiction. Having recently finished the final book of her award-winning Jane True series, she is looking forward to the upcoming publication of Jinn and Juice, the first book in a series about a cursed jinni living in Pittsburgh. Nicole also lives in Pittsburgh, although she’s neither cursed nor a jinni.

From Charlaine Harris, the bestselling author who created Sookie Stackhouse and her world of Bon Temps, Louisiana, comes a darker locale--populated by more strangers than friends. But then, that's how the locals prefer it...

Welcome to Midnight, Texas, a town with many boarded-up windows and few full-time inhabitants, located at the crossing of Witch Light Road and Davy Road. It's a pretty standard dried-up western town.

There's a pawnshop (someone lives in the basement and is seen only at night). There's a diner (people who are just passing through tend not to linger). And there's new resident Manfred Bernardo, who thinks he's found the perfect place to work in private (and who has secrets of his own).

Stop at the one traffic light in town, and everything looks normal. Stay awhile, and learn the truth...

Highly recommended by Dean and McKenna!

And the best performance as a skull goes to...
After years of hiding in the Thackery family house, Sid the skeleton is delighted to finally have his moment in the spotlight. He's starring in a high school production of Hamlet. Well, not so much starring in as being a prop. At least part of him has a part--he's using his head to play Yorick of "Alas, poor Yorick" fame. Every day, Georgia Thackery's daughter, Madison, who's also in the play, brings in his skull, and every night, she takes him home...
Until one night when he's accidentally left at school--and hears the sounds of someone being murdered. But the next day, there's no body and no one seems to be missing.
Sid is not a numbskull--he knows what he heard. Georgia thinks he imagined it--until a week later when a body is found. Now Georgia and Sid will both need to keep their heads as they stick their necks out and play sleuth to catch the conscience of a killer...

Moving back into her parents' house with her teenage daughter had not been Georgia Thackery's "Plan A." Neither is dealing with Sid, the Thackery family's skeleton. He's lived in the house as long as Georgia can remember. Now he is determined to find out how he diedNwith Georgia's help. First in a new series.

Anyan may be trapped in an evil dragon and Blondie may be gone, but Jane knows one thing: she's not about to give up. She's ready to tear down heaven and earth to save her lover, despite those who believe he's lost.

Luckily for Jane, those who've given up on Anyan do not include those closest to her. Defying The Powers That Be, Jane and Company form their own crack squad of misfits, in whose hands the fate of the world may well rest.

With a little help from her friends, the Universe, and lots of snacks, Jane embarks on her greatest adventure yet, confident that with great sacrifice comes great reward. The question is, who will be that sacrifice?

Living in small town Rockabill, Maine, Jane True always knew she didn't quite fit in with so-called normal society. During her nightly, clandestine swim in the freezing winter ocean, a grisly find leads Jane to startling revelations about her heritage: she is only half-human.

Now, Jane must enter a world filled with supernatural creatures alternatively terrifying, beautiful, and deadly- all of which perfectly describe her new "friend," Ryu, a gorgeous and powerful vampire.

It is a world where nothing can be taken for granted: a dog can heal with a lick; spirits bag your groceries; and whatever you do, never-ever-rub the genie's lamp.