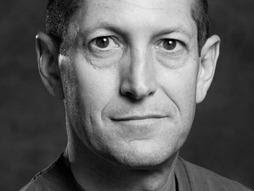 David R. Dow will sign and discuss Confessions of an Innocent Man ($27; Dutton).

David R. Dow is the Cullen Professor at the University of Houston Law Center, and the Rorschach Visiting Professor of History at Rice University. A graduate of Rice and Yale, Dow’s areas of expertise include constitutional law and theory, contract law, and death penalty law. Working with students in his death penalty clinic, Dow has represented over 100 death row inmates during their state and federal appeals. He is also the founder and director of the Texas Innocence Network.

He lives in Houston and Park City, Utah, with his wife Katya, their son Lincoln, and their dogs Delano and Soul.

Confessions of an Innocent Man: A Novel (Hardcover)

This is absolutely a one sitting read. Rafael Zhettah, chef and restaurant owner, married to Tieresse and living in Houston, is accused of murdering his wife. He cannot possibly have done it, yet he still ends up on death row.

I had a lump in my throat for at least the first half of this heart stopping, tense debut. I went through such a huge range of emotions whilst reading it. For Rafael, death row isn't the end, it's the beginning and Dow's writing is just superb. An absolutely stunning debut! - Rebecca