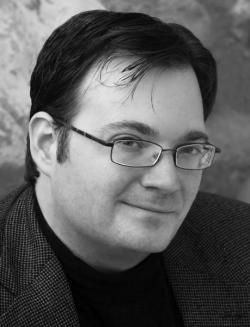 Brandon Sanderson’s book publishing career began at Tor with the stand-alone fantasy Elantris, followed by his Mistborn trilogy, a modern classic of the fantasy genre with more than 4.5 million copies sold in the English language, and The Way of Kings, Words of Radiance, and Oathbringer, the first three books in a projected ten-volume series called the Stormlight Archive. All are set in a shared universe called the Cosmere, which is under development for feature film by DMG Entertainment, which recently released a Way of Kings VR experience. His novella Legion has been optioned for television by Lionsgate and 20th Century Fox, and MGM is developing a feature film version of his novella Snapshot. Alcatraz vs. the Evil Librarians, a middle-grade series by Sanderson, was previously optioned for film by DreamWorks Animation. In December 2007, Brandon was chosen to complete Robert Jordan’s now-concluded The Wheel of Time series after Jordan’s untimely passing.

Brandon Sanderson is a two-time Hugo Award winner and received the 2015 Kentucky Bluegrass Award. He received his master’s degree in creative writing from Brigham Young University, where he now teaches. He lives with his wife, Emily, in Utah. Follow Brandon at brandonsanderson.com and on Twitter, Facebook, and Instagram (@BrandSanderson).

The #1 New York Times bestseller and sequel to Steelheart from Brandon Sanderson, the author of Oathbringer, coauthor of Robert Jordan’s The Wheel of Time series, and creator of the internationally bestselling Mistborn trilogy, presents the second book in the Reckoners series: Firefight.

The #1 New York Times bestseller from Brandon Sanderson, the author of Oathbringer, coauthor of Robert Jordan’s The Wheel of Time series, and creator of the internationally bestselling Mistborn trilogy. And don’t miss the rest of the Reckoners series: Firefight and Calamity.

Legion: The Many Lives of Stephen Leeds (Hardcover)

Legion: The Many Lives of Stephen Leeds, is #1 New York Times bestselling author Brandon Sanderson's novella collection of science fiction thrillers that will make you question reality--including a never-before-published story.

The #1 New York Times bestseller, Oathbringer is the third volume of Brandon Sanderson's Stormlight Archive fantasy epic where humanity faces a new Desolation with the return of the Voidbringers, a foe with numbers as great as their thirst for vengeance.

Words of Radiance: Book Two of the Stormlight Archive (Paperback)

The Way of Kings: Book One of the Stormlight Archive (Paperback)

From #1 New York Times bestselling author Brandon Sanderson, The Way of Kings, Book One of the Stormlight Archive begins an incredible new saga of epic proportion.

The Bands of Mourning: A Mistborn Novel (The Mistborn Saga #6) (Mass Market)

The Well of Ascension: A Mistborn Novel (The Mistborn Saga #2) (Paperback)