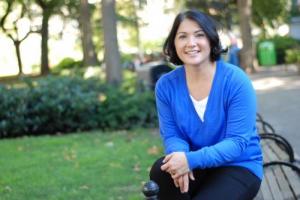 Alafair Burke is the author of "two power house series" (Sun-Sentinel) that have earned her a reputation for creating strong, believable, and eminently likable female characters, such as NYPD Detective Ellie Hatcher and Portland Deputy District Attorney Samantha Kincaid. Alafair's novels grow out of her experience as a prosecutor in America's police precincts and criminal courtrooms, and have been featured by The Today Show, People Magazine, The New York Times, MSNBC, The Washington Post, USA Today, and The Chicago Sun-Times. According to Entertainment Weekly, Alafair "is a terrific web spinner" who "knows when and how to drop clues to keep readers at her mercy."

A graduate of Stanford Law School and a former Deputy District Attorney in Portland, Oregon, Alafair is now a Professor of Law at Hofstra Law School, where she teaches criminal law and procedure. Her books have been translated into 12 languages.

Learn more about Alafair at www.alafairburke.com

The Better Sister: A Novel (Hardcover)

A Best Book of the Year: Washington Post, Sun Sentinel

The Wife: A Novel (Paperback)

His Scandal
Her Secret

The Ex: A Novel (Paperback)

In this breakout standalone novel of suspense in the vein of Gone Girl and The Girl on a Train, a woman agrees to help an old boyfriend who has been framed for murder—but begins to suspect that she is the one being manipulated.

All Day and a Night: A Novel of Suspense (Ellie Hatcher) (Paperback)

A new murder case with ties to a convicted serial killer leads Detective Ellie Hatcher into a twisting investigation with explosive and deadly results in this superb mystery from the “terrific web spinner” (Entertainment Weekly) Alafair Burke.

If You Were Here: A Novel of Suspense (Paperback)

If You Were Here is a thrilling novel of suspense from Alafair Burke, the author Dennis Lehane calls “one of the finest young crime writers working today.”

Manhattan journalist McKenna Jordan is chasing the story of an unidentified woman who heroically pulled a teenaged boy from the subway tracks.