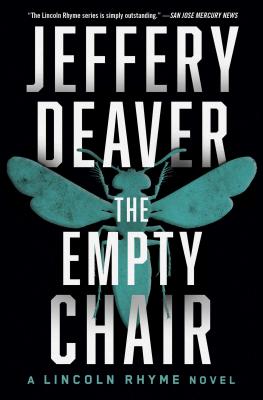 This is book number 3 in the Lincoln Rhyme Novel series.

From the #1 international bestselling author of The Bone Collector and The Devil's Teardrop comes this spine-chilling thriller that pits renowned criminalist Lincoln Rhyme against the ultimate opponent—Amelia Sachs, his own brilliant protégée.

A quadriplegic since a beam crushed his spinal cord years ago, Lincoln Rhyme is desperate to improve his condition and goes to the University of North Carolina Medical Center for high-risk experimental surgery. But he and Sachs have hardly settled in when the local authorities come calling. In a twenty-four-hour period, the sleepy Southern outpost of Tanner’s Corner has seen a local teen murdered and two young women abducted. And Rhyme and Sachs are the best chance to find the girls alive.

The prime suspect is a peculiar teenaged truant known as the Insect Boy, so nicknamed for his disturbing obsession with bugs. Rhyme’s unsurpassed analytical skills and stellar forensic experience, combined with Sachs's exceptional detective legwork, soon snare the perp. But even Rhyme can’t anticipate that Sachs will disagree with his crime analysis and that her vehemence will put her in the swampland, harboring the very suspect whom Rhyme considers a ruthless killer. So ensues Rhyme's greatest challenge—facing the criminalist whom he has taught everything he knows in a battle of wits, forensics, and intuition.

With the intricate forensic detail, breathtaking speed, and masterful plot twists that are signature Deaver, The Empty Chair is page-turning suspense of the highest order.