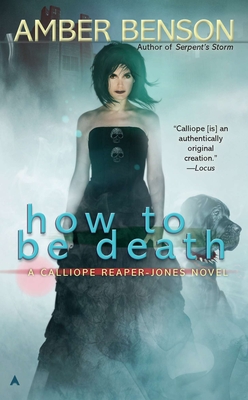 This is book number 4 in the A Calliope Reaper-Jones Novel series.

All Calliope Reaper-Jones ever wanted out of life was a fabulous job in New York City and a really hot boyfriend. But now, she's the brand-new President of Death, Inc. With the Board of Death breathing down her neck and her dad's copy of How to be Death (A Fully Annotated Guide) unopened, Callie's really feeling the tension. And when the guide book is stolen at a fancy formal dinner, Callie has to figure out how to be the boss--before the powers held within the book get out and destroy humanity forever...