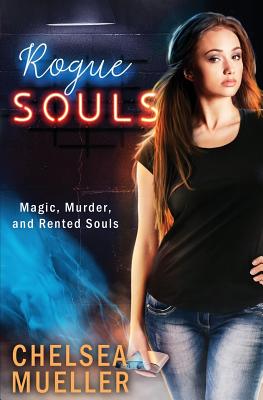 Get ready for more magic, murder, and rented souls in the Soul Charmer series, which Booklist calls a "fresh take" on urban fantasy.

Callie Delgado volunteered to apprentice to Gem City's Soul Charmer. He'd forced the soul magic ability into her, but now it was hers. She'd learn to control her body's reaction to rented souls or go up in flames. Literally.

She exchanged her chance to escape the darker side of Gem City to save her brother. Now she needs to keep him sober and safe, try to mend family ties, and avoid the mobsters who have too much interest in the magic of borrowing souls.

But when bodies begin dropping at the Soul Charmer's door, it's up to Callie and her partner Derek to track down the person killing soul renters. The Charmer wants retribution, but Callie is determined to get justice even if it means putting herself directly in the sights of the murderer.

If she wants to stay on the Soul Charmer's good side, Callie must confront her enemies head-on and learn to command rogue souls...and hope someone she loves doesn't become the next victim.