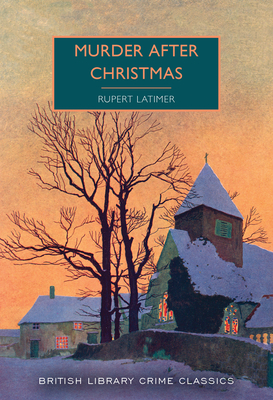 "[Murder After Christmas] supplies cheerfully calculating relatives, decorously brutal dialogue, and a fiendishly intricate set of Chinese boxes before the surprising reveal...no, they don't make them like this anymore."—Kirkus Reviews, Starred Review

"A war's on and a murder has been committed—and we sit here talking nonsense about almond whirls and mince pies!"

Good old Uncle Willie—known for an insatiable sweet tooth and being an epic pain in the rear—has come to stay with the Redpaths for the holidays. As luck would have it, he's found dead in the snow, in a Santa suit on Boxing Day. It seems as though someone may have poisoned his chocolate...or was it the mince pie? As the police flock to the house, Willie's descendants, past lovers and distant relatives are drawn into a perplexing investigation to find out how the old man met his fate, and who stands to gain by such an unseasonable crime.

"This pseudonymous novel from 1944, one of the most obscure entries in the British Library Crime Classics, is also one of the most rewarding...cheerfully calculating relatives, decorously brutal dialogue, and a fiendishly intricate set of Chinese boxes before the surprising reveal. No, they don’t make them like this anymore—so golden-age fans should welcome this rediscovery with open arms.
" — Kirkus Reviews, Starred Review