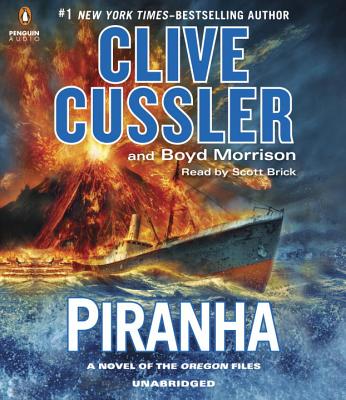 Juan Cabrillo and the crew of the Oregon return in the extraordinary new novel in the #1 New York Times–bestselling series by the grand master of adventure.

Clive Cussler is the author of dozens of New York Times bestsellers, most recently Mirage, The Bootlegger, Ghost Ship, and The Eye of Heaven. He lives in Arizona and Colorado.

Boyd Morrison is the author of six adventures, most recently The Roswell Conspiracy and The Loch Ness Legacy. He is also an actor, engineer, and Jeopardy! champion. Morrison lives in Seattle.

“Whenever any reader thinks about the ultimate action/adventure books, Clive Cussler is the name that appears in the mind. Mirage is another stunner, full of action, death-defying escapes, heart-stopping scenes, and a cast of characters you will not forget.”—Suspense Magazine