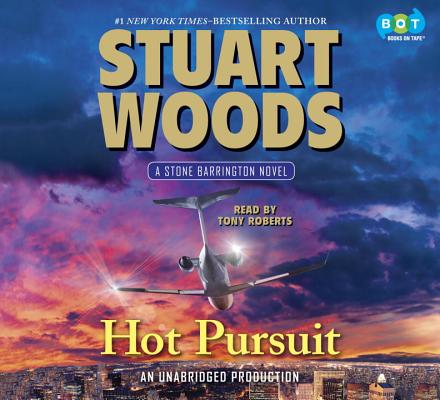 This is book number 33 in the A Stone Barrington Novel series.

Stone Barrington is back in the exciting new adventure from perennial fan favorite Stuart Woods.

It’s not often that Stone Barrington finds a woman as accustomed to the jet-set lifestyle as he, so he’s pleasantly surprised when he meets a gorgeous pilot who’s soon moving to New York, and available for closer acquaintance. Their travels together lead them from Wichita to Europe, but trailing them is some unwanted baggage: his new lady love’s unstable, criminal ex-boyfriend.

And while Stone is fending off his newest adversary, trouble is brewing on the international stage. Several enemy operatives are at large, and only a coordinated intelligence effort will have any chance of stopping their deadly plot. But the clock is ticking . . . and time has nearly run out.

Stuart Woods is the author of more than fifty-five novels, including the New York Times–bestselling Stone Barrington and Holly Barker series. He is a native of Georgia and began his writing career in the advertising industry. Chiefs, his debut in 1981, won the Edgar Award. An avid sailor and pilot, Woods lives in New York City, Florida, and Maine.