Someone's Mad at the Hatter (Paperback) 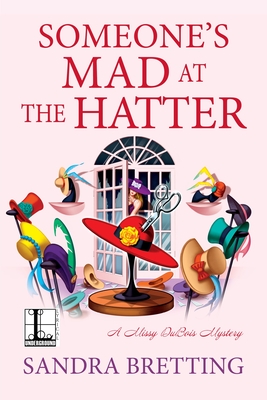 Missy DuBois's Louisiana hat studio is the destination for Southern brides who want to make a fashion statement. But designing headpieces isn't her only talent, she's also got a head for solving murders . . .

It's not uncommon for folks to live it up a little too much on New Year's Eve. But when Missy walks into her parking lot at Crowning Glory on New Year's Day and discovers professional wedding planner Charlotte Deveraux inside a whiskey barrel, the poor woman isn't just hung over . . . she's dead. Since the murder weapon was an old hat stand that belonged to Missy, her customers are cancelling appointments and everyone in town seems to be turning up their noses at her. Despite plenty of intrigue to motivate a hatful of suspects, suspicion keeps falling squarely on Missy. All the more reason to clear her name-or the next veil she designs will come in a shade of black . . .