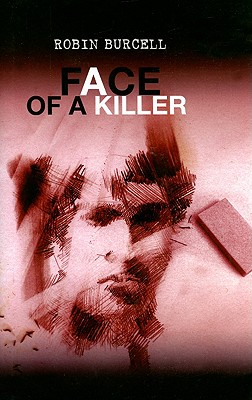 “FBI agent and forensic artist, Sydney Fitzpatrick is a 'by-the-book' agent until she goes against orders, delves into her father's murder, and discovers the possible innocence of the killer who is on death row. Burcell's characters are extremely engaging and knowledgeable, and you will want to read her earlier books.”
— Susan Wasson, Bookworks, Albuquerque, NM

FBI forensic artist Sydney Fitzpatrick questions the guilt of the man about to be executed for her fatheras murder twenty years earlier. The first stirrings of doubt occur when one of her forensic sketches on an unrelated case brings forth memories about her fatheras homicide that shead hoped to forget. A mysterious envelope arrives in the mail on the anniversary of her fatheras death. She opens the packet and discovers a blackmail letter written by her father, an old photo of his army buddies, and a deposit slip from a bank long closed. Refusing to believe that her father was involved in any blackmail scheme, she searches for evidence to clear his name. Her investigation leads to a trail of corruption by high-ranking US political officials, and a meticulous and deadly cover-up by the military and the CIA. The more Special Agent Fitzpatrick digs into her fatheras past, the more she finds it riddled with dark secrets and truths, including the fact that her fatheras seemingly ordinary military career was anything but stellar or even routine.

Sydney Fitzpatrick has spent 20 years forgetting what she knew about her father's death, a robbery gone bad in his pizza parlor. But with just ten days to go before Johnnie Wheeler is to be executed at San Quentin for the crime, Sydney decides she wants to meet him face-to-face. Her remarried mother, appalled, asks family friend Senator Donovan Gnoble, now running for reelection, to dissuade her, but Sydney is undeterred. Soon thereafter, she receives a packet, sent by a Washington office-seeker just before he committed suicide, hinting that her father may have been a blackmailer who took part in Black Ops. Then her ex-fiance appears on her doorstep and warns her to butt out. But Sydney, more and more certain that Wheeler was framed and determined to uncover the truth, tracks down her father's old service buddies, setting herself up as an assassination target in the process. Meanwhile, her regular FBI caseload includes hunting down a serial rapist whose killing spree has led him across state lines. Before Sydney sorts out the good guys from the bad and ties her father's murder to global banking irregularities and coverups, she'll have to deal with bullets in Baja, arson in her apartment and a confrontation that endangers her mother, half-sister and stepfather.

Burcell (Cold Case, 2004, etc.) will have conspiracy buffs salivating -- as long as they skip the cutesy business with her neighbor's dog and her hunky FBI partner. --Kirkus, August 15, 2008