The Woman Who Walked in Sunshine (No. 1 Ladies Detective Agency #16) (Compact Disc) 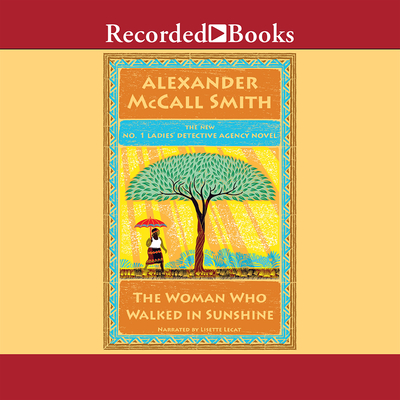 This is book number 16 in the No. 1 Ladies Detective Agency series.

This latest installment of Alexander McCall Smith's bestselling No. 1 Ladies' Detective Agency series...as endearing and delectable as ever Precious Ramotswe and Mma Makutsi are both back in harness at the No. 1 Ladies' Detective Agency, but for once business is a bit slow. At Mma Makutsi's suggestion, Mma Ramotswe allows herself to be persuaded to take a holiday--her first ever --even if she finds it a bit odd that Mma Makusti should be so adamant about it. But just as Mma Ramotswe is ready to depart, a new client arrives, a young woman whose father was regarded as a hero in the history of Botswana. Now his reputation is being called into question--was he courageous, as is widely believed, or was he merely a philanderer and opportunist? Though Mma Ramotswe initially wants to cancel her trip, she is cajoled into going by Mma Makutsi's assurances that she and Charlie have the situation well in hand. However Mma Ramotswe finds that she cannot possibly submit to the luxuries of a carefree holiday without knowing exactly what's going on at the Agency, so she asks Charlie to be her eyes and ears while she's away--failing to account for the fact that Charlie is not an altogether reliable emissary, particularly with much of his attention diverted to the challenges of a newly adopted dog. At the close of the investigation, everyone at the No. 1 Ladies' Detective Agency will confront some uncomfortable truths from their own past and learn to treat certain ordinary human failings with a large helping of charity and compassion.