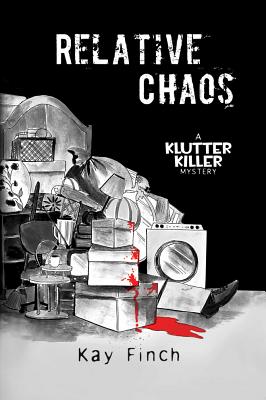 Poppy Cartwright's Klutter Killer business is taking off. But when her Aunt Millie, hoarder extraordinaire, wants professional organizing help, Poppy moves Millie to the top of her to-do list. Surprised by the appearance of a handsome and mysterious handyman hired by her aunt out of the blue, Poppy is in for an even greater shock when amid the piles of junk in Millie's garage she discovers ... a corpse. Poppy is content to leave the case of the unidentified man to the police until witnesses begin to describe a suspect who matches Poppy's son to a tee. Now she must juggle her messy aunt, a suspicious cousin, and a booming business as she searches for clues that will clear her only child. One thing is certain Poppy won t rest until she lines up every detail, a task that might organize her right into a killer's sights.