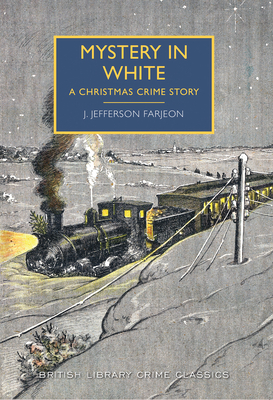 "The settings of train, blizzard, and the eerily welcoming home are all engrossing. Dorothy L. Sayers characterized Farjeon as 'unsurpassed for creepy skill in mysterious adventures.' This reissue proves it." —Booklist STARRED review

'The horror on the train, great though it may turn out to be, will not compare with the horror that exists here, in this house.'

On Christmas Eve, heavy snowfall brings a train to a halt near the village of Hemmersby. Several passengers take shelter in a deserted country house, where the fire has been lit and the table laid for tea—but no one is at home.

Trapped together for Christmas, the passengers are seeking to unravel the secrets of the empty house when a murderer strikes in their midst. This classic Christmas mystery is now republished for the first time since the 1930s, with an introduction by the award-winning crime writer Martin Edwards.

J. JEFFERSON FARJEON (1883-1955) was the author of more than sixty crime and thriller novels. His work was highly acclaimed in his day; Dorothy L. Sayers wrote that 'Jefferson Farjeon is quite unsurpassed for creepy skill in mysterious adventures'. Farjeon is now best known as the author of Number Seventeen, a play that was adapted for the big screen by Alfred Hitchcock.