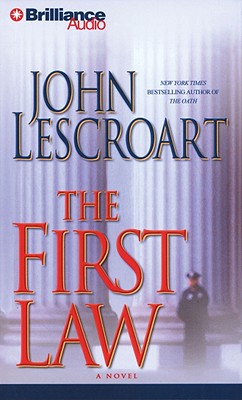 This is book number 9 in the Dismas Hardy series.

At last recovered from a near-fatal gunshot wound, Lieutenant Abe Glitsky is back at work. But instead of returning to his old job as chief of homicide detail, he's assigned a desk job in the payroll department, where he has no business investigating murders--until his father's closest friend is shot dead in a downtown pawn shop. Glitsky asks the new homicide lieutenant about the case, but the brass tells him to stay out of it. Guided by the Patrol Special--a private police force supervised by the SFPD that is a holdover from San Francisco's vigilante past--the police have already targeted their prime suspect: John Holiday, proprietor of a run-down local bar, and a friend and client of Dismas Hardy.

Hardy has ample reason to doubt both his client's guilt and the evidence conveniently stacked against him. Hardy turns to Glitsky for help, but when Holiday is implicated in the grisly killings of two more men, their pleas fall on hostile ears. To avoid arrest, Holiday turns fugitive, and the police believe three things: that Hardy's a liar protecting Holiday, that Holiday is a cold-blooded killer, and that Glitsky's a bad cop on the wrong side of the law.

And as the deadly pursuit for a murderer intensifies, Hardy, Glitsky, and even their families are directly threatened by the forces that want to see Holiday brought down. Cut off from the system that they both served, denied justice from the corridors of power, and increasingly isolated at every turn, Hardy and Glitsky face their darkest hour. For when the law that is meant to shield and protect those closest to them fails, they must look to another, more primal law in order to survive....