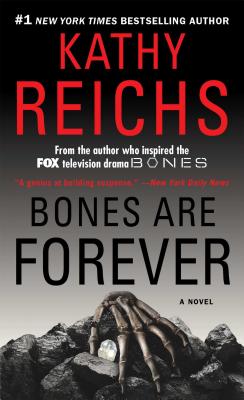 This is book number 15 in the A Temperance Brennan Novel series.

Beneath a diamond’s perfect surface lies a story of violence and greed. Just like bones...

In a run-down Montreal apartment, Tempe finds heartbreaking evidence of three innocent lives ended. The landlord says Alma Rogers lives there—is she the same woman who checked into a city hospital as Amy Roberts, then fled before doctors could treat her uncontrolled bleeding? Is she Alva Rodriguez, sought by a man who appeared at the crime scene? Heading up an investigation crackling with the sexual tension of past intimacies, Tempe leads homicide detective Andrew Ryan and police sergeant Ollie Hasty along the woman’s trail and into the farthest reaches of mining country—where the grim industry of unearthing diamonds exacts a price in blood. And where the truths the unlikely trio uncovers are more sinister than they could have imagined.