A Promise to Die for (Hardcover) 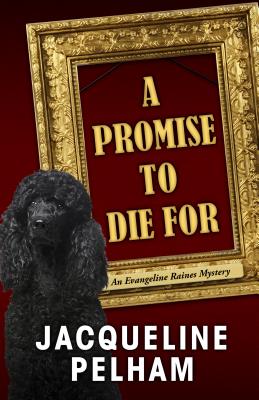 In A Promise to Die For, an unknown assailant stalks Evangeline Raines and threatens those she loves. She suspects it's because of her promise to her dying grandmother to continue the search for the family's small collection of Old Masters which were stolen in France during World War II.
Recently divorced, Evangeline joins a private investigative firm in Houston where she seeks the paintings from coast to coast as well as abroad. But a killer, eager for revenge for an alleged injustice, will stop at nothing to ultimately possess the art.
Evangeline and a charming group of characters such as a hoodoo root doctor, a smart-mouthed runaway, and her adopted police canine, struggle to outwit the sinister perpetrator planning their demise and absconding with the art.