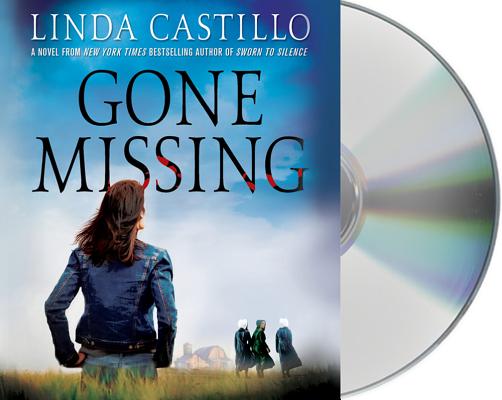 This is book number 4 in the Kate Burkholder Novels series.

Linda Castillo's bestselling series has been called "gripping" "People"] and "impossible to put down" "Bookpage"] and the "teeth chattering suspense" "USA Today"] continues with GONE MISSING a deeply chilling novel about a rite of passage gone horribly wrong.

Rumspringa is the time when Amish teens are allowed to experience life without the rules. It's an exciting time of personal discovery and growth before committing to the church. But when a young teen disappears without a trace, the carefree fun comes to an abrupt and sinister end, and fear spreads through the community like a contagion.

A missing child is a nightmare to all parents, and never more so than in the Amish community, where family ties run deep. When the search for the presumed runaway turns up a dead body, the case quickly becomes a murder investigation. And chief of Police Kate Burkholder knows that in order to solve this case she will have to call upon everything she has to give not only as a cop, but as a woman whose own Amish roots run deep.

Kate and state agent, John Tomasetti, delve into the lives of the missing teen and discover links to cold cases that may go back years. But will Kate piece together all the parts of this sinister puzzle in time to save the missing teen and the Amish community from a devastating fate? Or will she find herself locked in a fight to the death with a merciless killer?

"New York Times" bestselling author Linda Castillo lives in Texas with her husband and is currently at work on her next book in this series, also set in Amish Country and featuring Chief of Police Kate Burkholder. Kathleen McInerney has narrated numerous audiobooks by bestselling authors such as Emily Giffin, Danielle Steel, Jeffrey Stepakoff, Mary Kay Andrews, and Linda Castillo. Her narration of "Just One Day" by Gayle Forman won an "AudioFile "Earphones Award.

“McInerney, the reader of other series titles, including Sworn to Silence (2009), captures Kate’s conflicting emotions…Insights into the Amish community, well-developed characters, and McInerney’s compassionate reading elevate this beyond usual crime fare.” – Booklist

“Adapting her tempo and energy to match the story line, McInerney seamlessly shifts from action to dialogue, tweaking the tension to keep listeners’ full attention. Her characterizations, particularly those of the Amish, are clear without being theatrical, and listeners can easily discern individuals’ general ages and backgrounds. The gritty story is tempered by Tomasetti and Burkholder’s relationship and the description of the Amish culture.” – AudioFile Magazine

“The novel is narrated by Kate in the present tense, a stylistic approach that works particularly well in audio format. Kathleen McInerney, who has read the series from its start, treats Kate to an intelligent, slightly brusque, radio-quality voice that loses much of its cool detachment precisely when it should – in moments of feverish romance with State Agent John Tomasetti and during the particularly suspenseful moments when best-laid plans go awry and the bullets fly.” – Mystery Scene

Praise for Sworn to Silence

Praise for Pray for Silence

“Shades of In Cold Blood . . . Another chilling thriller.” —People magazine

“Violent and earthy, and completely impossible to put down.”—BookPage

“If you like the work of Tana French—and yes, you should—Castillo is every bit as good, and much closer to home.” ―BookReporter.com

“Exceptionally well-drawn characters and a gripping plot that takes some shocking turns to a heart-pounding conclusion . . . another winner.”—Booklist (starred review)

“Written at a thrilling pace, with haunting images, Breaking Silence is a novel worth staying up all night to reach the end.”—New York Journal of Books