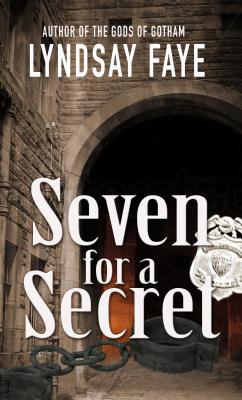 From Edgar-nominated author Lyndsay Faye comes the next book in what Gillian Flynn calls "a brilliant new mystery series."
Six months after the formation of the NYPD, its most reluctant and talented officer, Timothy Wilde, thinks himself well versed in his city's dark practices--until he learns of the gruesome underworld of lies and corruption ruled by the "blackbirders," who snatch free Northerners of color from their homes, masquerade them as slaves, and sell them South to toil as plantation property.
The abolitionist Timothy is horrified by these traders in human flesh. But in 1846, slave catching isn't just legal--it's law enforcement.
When the beautiful and terrified Lucy Adams staggers into Timothy's office to report a robbery and is asked what was stolen, her reply is, "My family." Their search for her mixed-race sister and son will plunge Timothy and his feral brother, Valentine, into a world where police are complicit and politics savage, and corpses appear in the most shocking of places. Timothy finds himself caught between power and principles, desperate to protect his only brother and to unravel the puzzle before all he cares for is lost.

Lyndsay Faye is the author of critically acclaimed "Dust and Shadow "and "The Gods of Gotham," which was nominated by the Edgars for Best Novel--if you were to ask her, she would say she writes hero stories. Faye, a true New Yorker in the sense she was born elsewhere, lives in Manhattan with her husband, Gabriel.