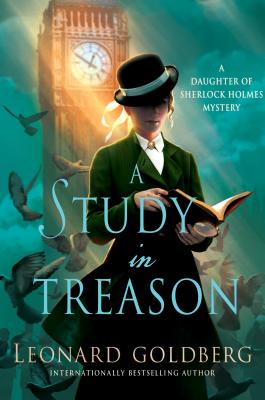 This cunning locked room mystery is sure to be enjoyed by fans of Sherlock Holmes.

"Fans of Sherlock Holmes are in for a treat with A Study in Treason: A Daughter of Sherlock Holmes Mystery by Leonard Goldberg. The mystery tests the mind and forensic skills of the private eye's heir in the new novel..." —National Examiner